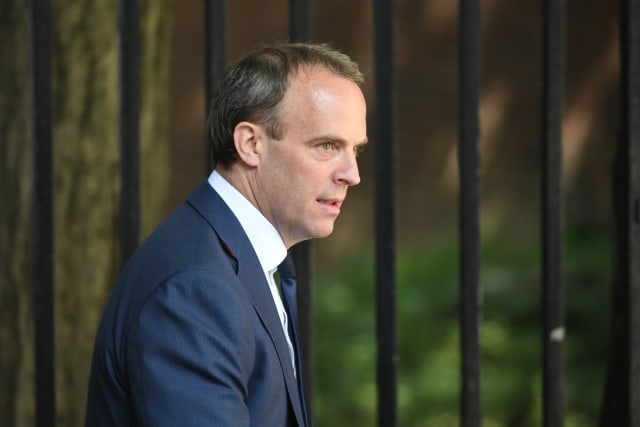 Foreign Secretary Dominic Raab has doubled down on the UK’s sudden decision to reimpose strict quarantine rules at short notice on travellers returning from Spain, calling the measures “absolutely necessary”.

But Spain said it was in conversation with the UK about exempting the Canary and Balearic islands, which includes Ibiza and Mallorca, from the requirement to self-isolate for two weeks.

Ministers announced on Saturday that holidaymakers who had not returned from Spain and its islands by midnight would be forced to quarantine for 14 days after Covid-19 second wave fears saw the popular holiday destination struck off the UK’s safe list.

The Foreign Office guidance advising against all but essential travel to mainland Spain does not include the islands but ministers opted to apply blanket quarantine arrangements across the Spanish territories.

“Like in any other European country we are seeing outbreaks – the outbreaks in Spain are perfectly controlled.”

She added: “At the moment our dialogue efforts are focused on excluding from the quarantine measures the Balearic and the Canary Islands.

“We do hope that this dialogue we have started with the UK authorities, together with the governments of the Balearic and Canary Islands, will bear fruit shortly.”

It comes after Cabinet minister Mr Raab said the Government would not apologise for failing to give notice on its Spain decision, which was announced only hours before the changes came into force.

He told Sky News’ Sophy Ridge On Sunday programme: “The data we got was on the Friday, it showed a big jump right across mainland Spain.

“That was then assessed yesterday afternoon and we took the decision as swiftly as we could.

“And we can’t make apologies for doing so.”

Mr Raab added: “We’ve always said, as we come through the lockdown, we would need to take targeted measures.

“If we can’t do that, the risk is the virus gets back hold in the UK, the damage to the economy of a second lockdown and I think a blow to public confidence.

“So, yes, these measures are decisive and swift and, as a result of that, inconvenient for those going through them … but they are absolutely necessary.”