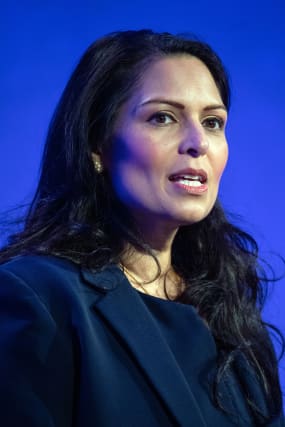 The Home Secretary has called on social media companies to act faster in removing “appalling hatred” from their platforms following outrage over anti-Semitic posts made by grime artist Wiley.

Police are investigating a series of comments made on the musician’s Instagram and Twitter accounts on Friday that led to him being banned from both for seven days.

In a tweet on Sunday, Priti Patel said: “The antisemitic posts from Wiley are abhorrent.

“They should not have been able to remain on Twitter and Instagram for so long, and I have asked them for a full explanation.

Following Wiley’s posts, Twitter was accused of “ignoring anti-Semitism” as his tweets were still visible 12 hours after they were first posted.

A number of tweets have now been removed and he has been given a seven-day ban by the site.