Five people taken to hospital after rescue off Welsh beach 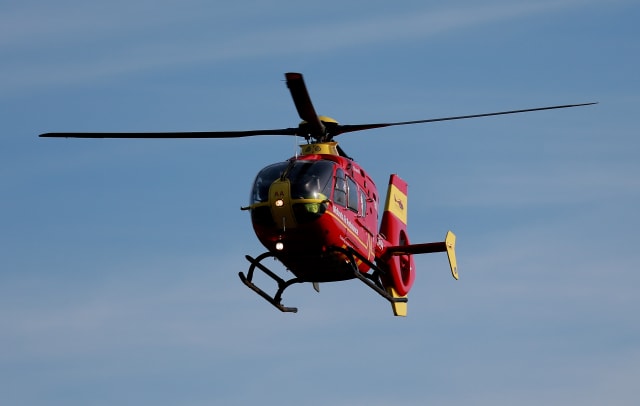 Five people have been taken to hospital after being caught in a rip current off the coast of a popular beach in north Wales, the ambulance service has said.

A total of eight people were pulled from the water after being dragged out to sea at Aberdovey Beach in Gwynedd, north Wales, on Sunday afternoon, the RNLI said.

An RNLI spokesman said a multi-agency response was launched at around 2.20pm following reports of people in trouble in the water.

The Welsh Ambulance Service said a total of five people were taken to hospital.

Two people were transferred by air ambulance to Bronglais Hospital in Aberystwyth while another was flown to Ysbyty Gwynedd in Bangor.

A further two patients were taken to Bronglais Hospital by ambulance.

Their condition is not thought to be life threatening, a spokeswoman for the service said.

She added that one patient was discharged at the scene while the outcome of the final two is unknown.

The beach sits inside Snowdonia National Park and is a popular spot with tourists.

Its treacherous currents are well known and swimmers are urged to take care.