The Godfather of Grime: From drug dealing to MBE honour 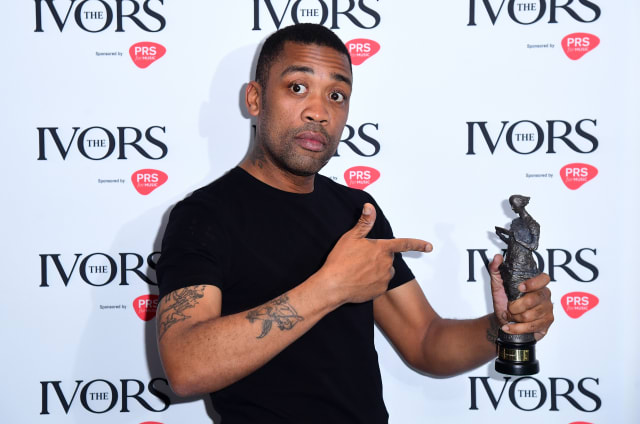 Accusations of anti-Semitism mark a dark turn in the career of grime artist Wiley and his rollercoaster ride to fame.

The 41-year-old musician, whose real name is Richard Cowie, has been dropped by his management company and is facing calls from campaigners to be investigated by the police following a series of social media posts slammed as “anti-Semitic hate”.

It was only two-and-a-half years ago that the rapper and producer was being congratulated by stars and prominent figures from the world of UK urban music after being awarded an MBE.

Wiley said receiving the gong for services to music in 2018 was like “the school grade I wanted and didn’t get”, adding that he was “finally there”.

But his rise to royal recognition and being dubbed the “Godfather of Grime” has been a chequered one, encompassing heroin dealing, being stabbed on at least three occasions and a recent high-profile online feud.

Last month, Wiley suggested he and fellow musician Stormzy had put to bed their war of words and lyrics after the pair engaged in a series of personal attacks on Twitter and in their music against each other.

Wiley reportedly said he thought Stormzy had commercialised the grime genre he helped pioneer around 20 years ago, partly by collaborating with pop artists such as Ed Sheeran.

In one track Wiley had threatened to attack Stormzy’s mother as the feud between the two British rappers escalated.

Born in Bow, east London, on January 19 1979, Wiley was exposed to music from his cot when his father’s band would use the bedroom as a rehearsal space.

He was soon using empty cardboard boxes as drums before getting his first real kit aged six.

A slightly unsettled childhood followed and Wiley spent some time in Kent living with his mother and grandmother before returning to London with his father where he began selling drugs.

But he swapped drugs for music after receiving threats from a rival dealer and started combining rapping with the prominent garage music scene of the 90s as well as Drum and Bass. This innovation resulted in some of the first ever grime beats, such as Eskimo.

He found success through garage collective Pay As U Go before forming the Roll Deep entourage, which included future stars Dizzee Rascal and Tinchy Stryder. They moved away from the garage sound and into grime.

Wiley’s debut album Treddin On Thin Ice, arrived in 2004, and was followed by several more studio albums maintaining his grime sound. He also enjoyed a number one hit with Heatwave.

Three days before the video for 2008 track Wearing My Rolex was due to be filmed, Wiley was stabbed, leaving a visible scar on the left hand side of his face.

By then he had also fallen out with Dizzee Rascal, real name Dylan Mills, who was stabbed in Ayia Napa in 2003.

The full details of the incident were never fully disclosed but in his 2017 autobiography Eskiboy, Wiley penned a letter to his former friend who was 19 at the time.

He wrote: “Every time I think of that whole situation, I cannot believe what went on. I can’t believe that it’s still the reason we don’t talk today.”

The autobiography also had Wiley describe himself as “four different people” and documented the numerous threats on his life.

He was not just Wiley, the “wickedest grime MC”, he wrote, but also Richard “the boy following in his father’s footsteps, climbing out of his crib to bang on the drums”.

There’s also Kylea – a nickname given by his mother when he was young. “The lost kid, the wild child who had to learn how to become a father.”

Beyond them all, he adds, is Eskiboy, referring to the name he often uses to describe to his music – eskibeat.

“The boy who likes to help people but has coldness in his heart,” he wrote.

In 2013, Wiley infuriated Glastonbury organisers Michael and Emily Eavis after tweeting “F*** them and their farm” following a particularly rainy year at the festival.