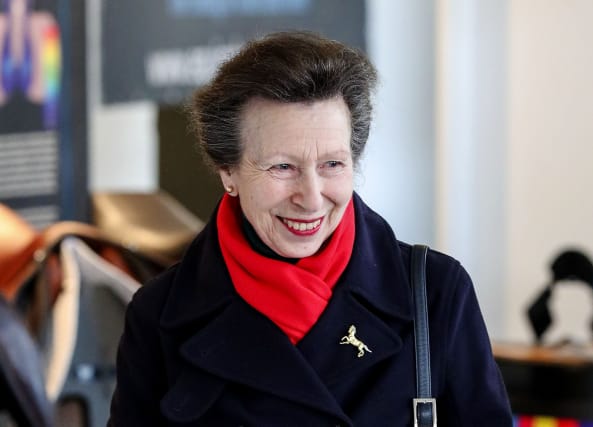 The Princess Royal has revealed her views about one of social media’s most popular platforms Twitter, saying “I wouldn’t go anywhere near it if you paid me frankly.”

Anne’s comments will be aired in a new ITV documentary marking her 70th birthday which also sheds light on her school years, with stories of the young princess breaking out with friends to buy fish and chips.

The Queen’s daughter also talks candidly about living with the “pressures” of being a member of the royal family, saying it is “hard”.

Commenting on social media Anne says in the documentary due to be screened on Wednesday: “With online technology … being in touch is one thing but it’s not quite the same.

“The ability to meet people, that’s what makes the difference.

“I mean, I know what Twitter is but I wouldn’t go anywhere near it if you paid me frankly.

“But that’s a slightly different issue.”

Anne was followed for more than a year by film-makers for the ITV programme, which will feature unseen family footage and conversations with the princess herself, her children, Peter Phillips and Zara Tindall, and her husband, Vice Admiral Sir Timothy Laurence.

The princess also discusses the attempted armed kidnap she endured in 1974, and those closest to her speak about the highs and lows of her life.

Anne’s children famously do not have the title princess or prince like their cousins, and work of a living.

Zara said in the documentary: “I think it made us fight harder as well, to try and be as successful as we could be.”

She added laughing: “So I definitely, you know I’m very, we’re very grateful to her not giving us a title anyway.”

Her mother said: “As a member of the royal family, living with that sort of pressure is, is hard and the expectations that come with it is hard.

“And that might have been at the bottom of the list, that it may be less difficult for you.

“But actually, understanding where they sit within the family and what happens next, it made much more sense.”

Her son Peter revealed, just like any other parent who wants her children to behave on important occasions, Anne was not averse to laying down the law just before the royal family appeared on Buckingham Palace’s balcony.

He said: “You then get a clip round the ear and say right, behave yourself, you know, we’re going out on the balcony.

“Don’t pick your nose and you know, don’t yawn.”

Anne was taught at home by Catherine Peebles, a governess who also held classes for her brother the Prince of Wales, but the princess asked the Queen to go to school and in 1963 was sent to Benenden a boarding School for girls in Kent.

An old school friend of Anne’s, Sandra de Laszlo, told the story of their secret trips to the chippy.

She said: “There was a really lovely security officer and we did lead him a bit of a dance.

“It was rather fun to break out of school and go to the fish and chip shop and try to escape this loyal detective who was supposed to be looking after her.

“And, anyway we did that a few times.

“She was a very normal teenager.

“She was sensible and fun.”