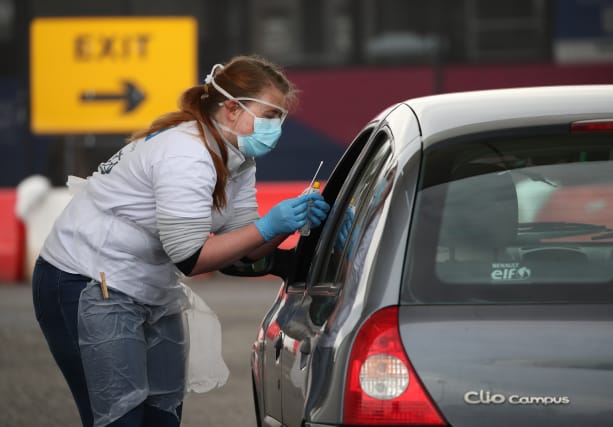 Scotland has recorded 22 new cases of coronavirus in a day, according to the latest Scottish Government statistics.

A total of 18,520 people have now tested positive for the virus north of the border, after two cases previously classified as positive were reclassed as negative.

The number of new cases is up two from Thursday’s total of 20 new cases.

No deaths of people who tested positive for Covid-19 have been recorded for eight consecutive days, meaning the toll remains at 2,491 under that measure.

Explaining the latest figures, the Scottish Government reported 22 new cases on Friday but said because two previous positive cases are now classified as negative, “as such there is a net increase of 20 positive cases”.

The percentage of daily tests returning positive results remains at 0.4%, the figures indicate, no change from Thursday.

A total of 278 people were in hospital on Thursday with confirmed Covid-19 and of these two were in intensive care.

First Minister Nicola Sturgeon tweeted: “Another day in Scotland with no deaths of confirmed cases, and tests coming back positive still under 1%. But we must not drop our guard.”

She urged people to stick to the Scottish Government’s guidance on suppressing the virus, including on face coverings and social distancing.

The figures are published as lockdown is further eased for people who are in the shielding category and classed as being particularly vulnerable to the virus.

They are now able to meet up to eight people from two different households indoors, as well as with four other households outdoors.

Ms Sturgeon said on Thursday shielding will be able to be “paused” from August 1, with those in the category able to follow the guidance for those who are at higher risk from the virus, such as the elderly.