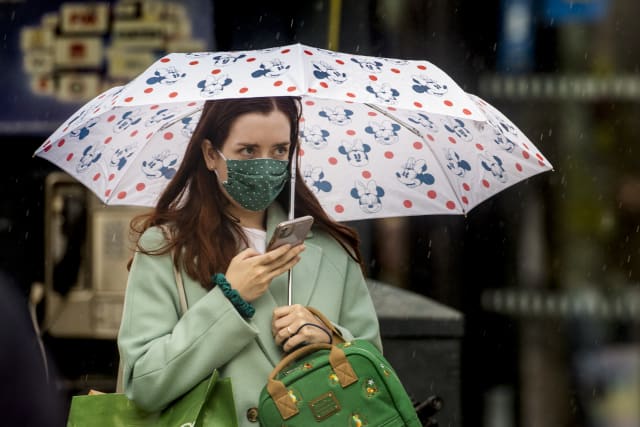 Sales volumes jumped by 13.9% in June compared with the month before, according to new data from the Office for National Statistics (ONS).

It brings total sales across Britain close to the levels they were at this time last year, after two months of double-digit growth.

An average of what analysts were predicting, compiled by Pantheon Macroeconomics, had expected an 8% rise.

However, all is not good news, as some types of shops were left behind by the seeming boom last month.

Richard Lim, chief executive of Retail Economics, said: “The retail sector bounced back as the reopening of shops released pent-up demand for some retailers.

“But the recovery is being felt unevenly across the sector, with clothing retailers remaining under significant pressure.

“Some consumers searching to break the monotony of being at home headed for the high street, but numbers remained considerably lower than pre-Covid levels.”

High street shops are often losing out to online retailers, who have seen a boom in business during lockdown as people are in all day to receive parcels.

Online spending as a proportion of overall spending dropped to 31.8% in June from 33.3% in May – an all-time record.

However, it is still well above the 20% reported in February this year.

ONS deputy national statistician for economic statistics Jonathan Athow said: “Food sales continue above their pre-pandemic levels due to the closure of cafes, restaurants and pubs.

“Online sales have risen to record levels, and now count for £3 in every £10 spent.

“On the other hand, clothing sales remain depressed, and across the high street sales in non-food stores are down by around one third on pre-pandemic levels.

“The latest three months as a whole still saw the weakest quarterly growth on record.”