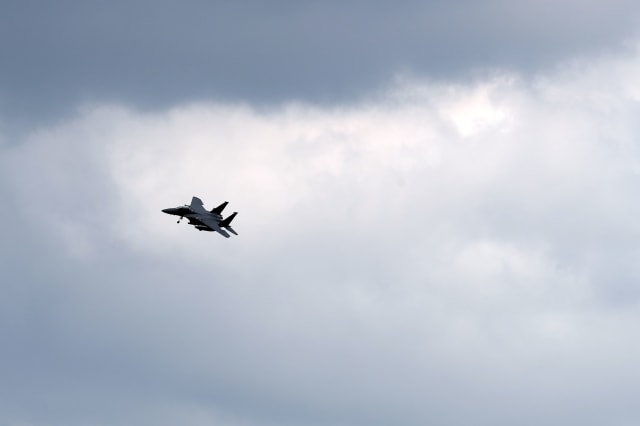 Iranian state media reported that passengers flying from Tehran to Beirut were injured after an incident in which a US F-15 fighter jet flew close to the plane.

US CENTCOM released a statement on the same day in which it said the F-15 had carried out a "visual inspection" of the flight to ensure the safety of US personnel at a nearby base in Homs in Syria.

Footage shared by Hassan Azimzadeh, a reporter with the Iranian state news channel IRIB who was a passenger aboard the flight, shows a plane coming close to the plane and and at least one man can be seen bleeding.

In a video posted on Twitter, Azimzadeh says that the flight from Tehran to Beirut on July 23 successfully landed and passengers left the plane.

"Some passengers were injured and ambulances were called to take them to Beirut hospital," he said.