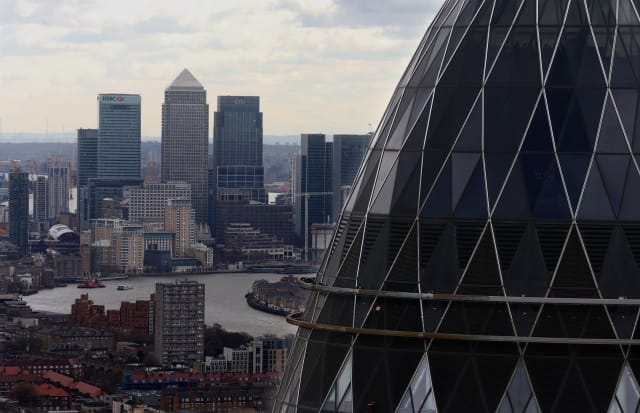 The London markets drifted into the red as continued concerns over the US-China relationship outweighed promising UK economic data.

The latest set of retail sales figures from the Office for National Statistics and flash PMI data for July both showed results above expectations but were viewed with some scepticism by analysts as the post-virus recovery continues.

Tensions have become increasingly strained between the US and China over the week, harming multinational stocks.

David Madden, market analyst at CMC Markets, said: “Mike Pompeo, the US secretary of state, called on the US’s allies to end the ‘blind engagement’ with China.

“The politician was critical of the Beijing administration and traders are running scared as they fear a further deterioration of the relationship between the two nations is on the cards.

The major European markets also tumbled lower after a disappointing flash PMI for the eurozone held sentiment low, although global trade concerns remained the key driver for the decline.

Across the Atlantic, the Dow Jones nudged lower but managed to avoid the level of decline seen in Europe as trading cooled following heavy losses for the index on Thursday.

In company news, British Gas owner Centrica saw shares surge higher after it decided to end a 20-year stint in the US energy supply market by selling Direct Energy for 3.6 billion dollars (£2.9 billion).

Centrica also said that it reduced the impact of Covid-19 on its business by around £160 million after slashing bonuses.

Telecoms giant Vodafone slipped lower after it said it will list its European mast business early next year.

Vodafone announced plans last year to spin off the division, which has been renamed Vantage Towers, from its main operations to be floated in Frankfurt. Shares fell 6.64p to 122.16p.

Elsewhere, pharmaceutical firm Indivior soared in value after it agreed to pay 600 million US dollars and have a subsidiary plead guilty to a criminal charge over US allegations of engaging in an illegal scheme to boost prescriptions of an addiction treatment. Shares jumped 32.85p to 119.6p.

Shares in Cineworld dived 7.57p to 45.45p on Friday after cinema chains were hammered by Disney’s decision to postpone the release of three new movies indefinitely in the latest virus-driven blow to the sector.

The price of oil was broadly steady despite wide concerns across the global markets, nudging marginally lower.