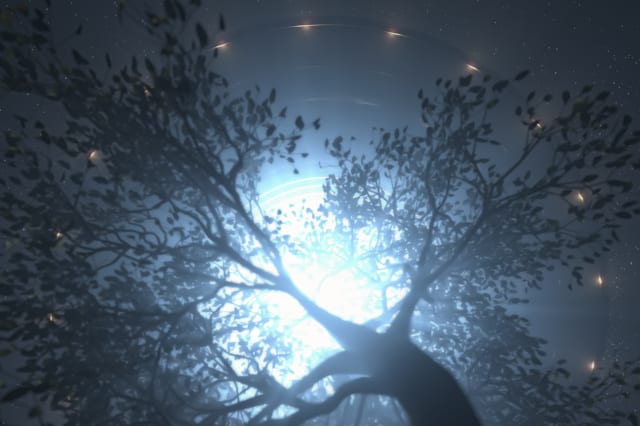 The New York Times is reporting that the Pentagon's secretive UFO unit is going to make some of its findings public.

And the newspaper said one consultant to the agency has briefed Defence Department officials of some highly unusual discoveries ― including items retrieved from "off-world vehicles not made on this Earth."

The Times said that while the Pentagon has claimed that it disbanded its UFO office, that department has in reality simply changed names and moved, and a Senate committee report suggests it will be expected to make some information public every six months.

The main goal isn't alien spaceships, but rather something much closer to home: to see if confounding sightings ― including some by the military ― are actually advanced technology from rival nations.

"After looking into this, I came to the conclusion that there were reports — some were substantive, some not so substantive — that there were actual materials that the government and the private sector had in their possession," he told the newspaper.

Astrophysicist Eric W. Davis, who has been a subcontractor and consultant for the Pentagon, told the newspaper he briefed the Defence Department in March about the "off-world vehicles not made on this Earth."

He said he has examined some of the materials and concluded "we couldn't make it ourselves."

Sen. Marco Rubio (R-Fla.) also indicated that he was concerned that supposed UFOs could be advanced tech from foreign nations.

"We have things flying over our military bases and places where we're conducting military exercises, and we don't know what it is, and it isn't ours," Rubio, who is acting chair of the Senate Intelligence Committee, told CBS4 in Miami last week.

"I would say that, frankly, that if it's something from outside this planet, that might actually be better than the fact that we've seen some technological leap on behalf of the Chinese or the Russians or some other adversary that allows them to conduct this sort of activity."

He said the objects in these sightings "exhibit, potentially, technologies that you don't have at your own disposal" making them a national security risk.

The military's encounters with possible UFOs have come under intense interest in recent years since several videos were leaked in 2017 showing encounters with fast-moving objects including one given the nickname "Tic Tac" because it looked like one of the candies.

This object, still not publicly identified, dropped from 60,000 feet to just 50 feet in a matter of seconds seconds:

"The part that drew our attention was how it wasn't behaving within the normal laws of physics," pilot Chad Underwood told New York magazine last year.

The military has since confirmed that the footage is real, and formally declassified it in spring, but has said little else about it.

The Navy told UFO researcher Christian Lambright in a Freedom of Information Act request that that releasing more information "would cause exceptionally grave damage to the National Security of the United States."

To The Stars Academy, a company cofounded by former Blink 182 frontman Tom DeLonge which has worked to reveal UFO information and helped expose the 2017 videos, celebrated the newest developments.

"TTSA welcomes the increase in transparency and is steadfast in our mission to educate policy makers and support continued interest and engagement on this topic," the organisation said via Facebook.