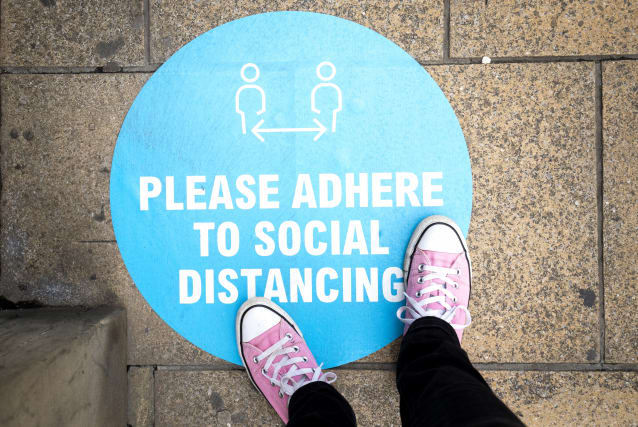 Conservative Lord Blencathra suggested more people will break different laws if they see others “getting away with it” during lockdown.

Ministers must also tell police to “stop wasting time” chasing people alleged to have “insulted a transsexual on Twitter” and instead “get out there” and enforce the law as they are paid to do, he added.

The former minister’s remarks came as the House of Lords debated regulations already in effect to further ease lockdown.

Peers also called for restrictions on under 50s to be lifted and bemoaned the lack of time to debate the changes.

Speaking in the Lords, he added: “But I ask will these ever be enforced?

“We have seen illegal demonstrations and raves blatantly breaking the law.

“Asian sweatshop owners from Leicester are not just breaking Covid-19 laws but minimum wage, health and safety, human slavery – and the police say the abuses are too big to stop.

“The message we’re getting from the police is don’t commit a small crime since we will pursue you but make it big enough and we’re scared to act.”

He added: “When we see people getting away with it and there’s no enforcement then more and more people will break other laws as well, and that will destroy society.

“So I urge the minister to tell the police: Stop wasting time chasing after people alleged to have insulted a transsexual on Twitter but get out there and enforce the law of the land as you are paid to do.”

Health minister Lord Bethell replied: “Can I reassure him we absolutely are enforcing the law and I’d like to pay tribute to the public who have gone along with these regulations with great compliance.”

Lord Robathan, another Conservative former minister, said there is “very little clarity” from the Government.

He said: “Those at risk should shield themselves, they should take care and perhaps we should advise all to wear masks in public places and lift all other restrictions especially on the young, and by that I mean the under 40s or under 50s, get the country back to work, education and to normality.”

Conservative peer Lord Wei said: “Rather than arguing about masks, which is an important component of fighting this virus, what is the Government doing to fund and accelerate – with industries, particularly the beauty industry – technologies and equipment that could make each space more safe for the public?

“We’re going to need this equipment over the winter, in future pandemics, why don’t we invest now a little bit of the money that might be going into bridges to help the industries?”

Conservative Lord Cormack suggested people who are exempt from wearing a face covering should “carry a card or wear a badge” to avoid embarrassment for them and shopkeepers.

The 90-minute time limit meant backbench peers could speak for just 60 seconds each.

Green Party peer Baroness Jones of Moulsecoomb said: “I’m furious about the way the Government seems to be ruling by diktat. It is not democratic.

“And to describe what we have today, which is a minute per peer, as a debate is absolutely ludicrous.”

Lord Cormack also noted: “A series of one-minute statements is not parliamentary scrutiny and we have to hammer that home.”

He added to Lord Bethell: “He must tell his political masters this is not acceptable.”

Lord Bethell said he understood it had been a “frustrating experience” but told peers the debate was “meaningful”.