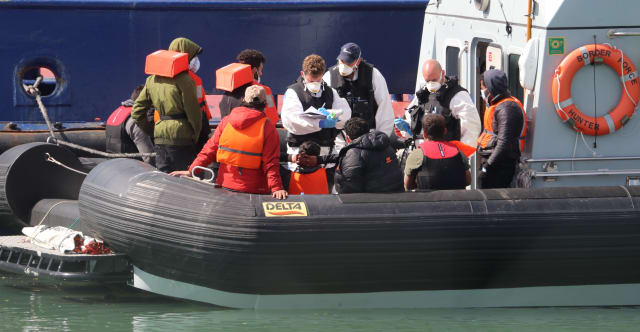 Border Force found 20 people after responding to reports of a landing on a Sussex beach on Thursday, the Home Office has said.

More than 90 migrants tried to cross the English Channel to the UK that day, including two in a kayak.

Of those, 86 migrants reached Britain after travelling in seven boats and being intercepted by Border Force.

A search and rescue operation was launched on Thursday as the coastguard and partners responded to “a number of incidents”.

The Home Office did not confirm numbers for Thursday until Friday.

As well as intercepting seven boats, Border Force officers were sent to Pett Level Beach near Hastings, east Sussex, after reports of a landing.

The Home Office said: “Border Force officers attended and 20 people were encountered. We do not have gender or nationality details at this stage.”

All 86 people were secured by immigration officials, and assessed to establish whether there were any medical requirements.

The number of migrants risking their lives to cross the English Channel has surged during 2020.

More than 3,100 migrants have now made it to the UK this year via the Channel, analysis from the PA news agency shows.