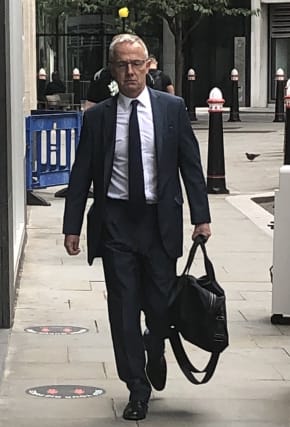 A former Barclays boss nicknamed himself “pooper scooper” to a more senior manager known as “big dog”, a High Court judge has heard.

Stephen Jones discussed his hierarchical relationship with Roger Jenkins, then the bank’s executive chairman of Middle East business, in a 2008 phone call with a colleague, Mr Justice Waksman was told.

Mr Jones, who worked in Barclays’ investment banking division, tells his colleague that he had become Mr Jenkins’ “personal flunky” in previous weeks.

The call was played on Friday at a High Court trial in London, where the judge is overseeing a £1.6 billion fight involving a businesswoman and Barclays.

Amanda Staveley has made complaints about the behaviour of Barclays bosses when negotiating investment deals during the 2008 financial crisis.

She says Barclays agreed to provide an unsecured £2 billion loan to Qatari investors but the loan was “concealed” from the market, shareholders and PCP Capital Partners, a private equity firm she runs.

Barclays disputes the claim and says it should be dismissed.

He adds: “… I don’t think he eats me for breakfast. I bite his bum occasionally.”

The judge has heard that Mr Jenkins earned nearly £40 million a year, and left Barclays in 2009 with an “exit package” worth more than £50 million.

He has been told how Mr Jones once described Mr Jenkins as “a deeply unpleasant man and very, very nasty to work for”.