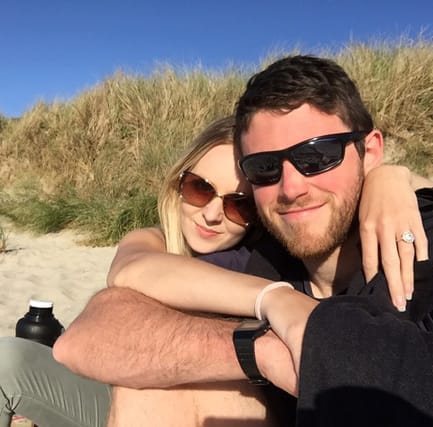 He was “the gentle giant with a heart of gold”.

The “country boy” who loved his food.

The newlywed police officer who died in the line of duty – more than four hours after his shift was due to finish – because he had a hardwired determination to help and protect.

Andrew Harper and his childhood sweetheart Lissie should have been spending the end of summer 2019 on honeymoon in the Maldives.

Instead, the new Mrs Harper was left facing the rest of her life without her partner of 13 years, after he was killed while responding to an emergency call on August 15 – four weeks after the pair tied the knot.

Andrew Harper was born on March 22 1991, to parents Philip and Debbie, and grew up in Wallingford, Oxfordshire, a big brother to siblings Sean and Aimee.

He joined Thames Valley Police as a 19-year-old in 2010, first as a special constable and then as a full-time regular officer the following year.

But his kind and selfless demeanour saw him described by his wife at his funeral service as “a gentle giant with a heart of gold”.

“Our superman, our bodyguard, our light in the dark,” Mrs Harper said in a tribute to her husband days after his death.

“My God, we will miss you. Forever you will be remembered as the best of us.”

At the time of his death, Pc Harper was raising money for children with cancer, setting an initial sponsorship target of £500 for his participation in a 20-mile obstacle course.

His colleague, Pc Jordan Johnstone, told mourners at the 28-year-old’s funeral: “I remember Harps’ first day … He arrived in the office with a clean white hat, shiny boots and an incredible range of Tupperware.

“We laughed, we joked and we never stopped smiling.”

But there was a serious side to Pc Harper, demonstrated by him and his colleague deciding to respond to reports of a burglary in Bradfield Southend in Berkshire at 11.17pm on August 15 2019.

Prosecutor Jonathan Laidlaw told jurors that “despite it being well beyond the end of their shift, and because they were close and thought they could help”, the duo offered to attend the scene.

Mr Laidlaw described it as “going beyond the call of duty”.

It was to be Pc Harper’s final case.

The depth of hurt caused by Pc Harper’s death reverberated across Thames Valley Police, with officers forming an almost guard of honour as members of the jury visited the crime scene.

And so raw was the emotion for the family that jurors were not told about Pc Harper’s status as a newlywed in case the weight of a widow’s grief was detrimental to the defendants.

Instead, members of Pc Harper’s family watched on as three teenagers described their respective involvements in the death.