The race to Mars: Who is blasting off to the Red Planet and why? 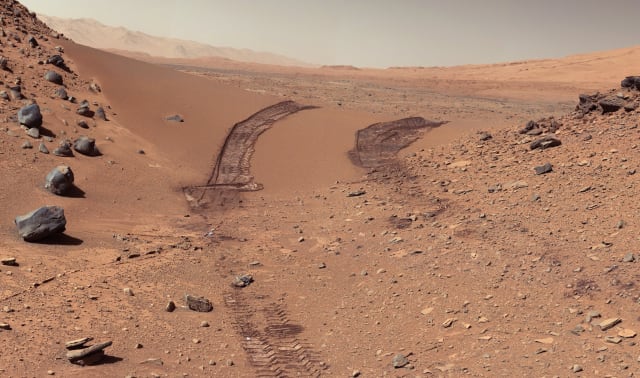 Humanity’s hunger to reach Mars edged a step closer on Thursday as China launched its latest mission to the Red Planet.

While lift-off was successful, the toughest hurdle will be landing, a feat which is notoriously difficult on the fourth planet from the Sun.

Here, we summarise who is attempting to explore Mars and why.

Mars is seen as an ideal candidate for exploration because it is close by in our solar system and is the most similar to Earth.

One of the biggest questions is whether life has existed beyond Earth, and Mars is a good place to start investigating, given that evidence points to it once being full of water, warmer and with a thicker atmosphere, making it a potentially habitable environment.

The US is the only country to successfully land a spacecraft on Martian soil so far, having done so eight times since 1976 – its InSight and Curiosity rovers are still operational.

Six other spacecraft are currently observing Mars from above, including three belonging to the US, two European and one from India.

– What of China’s latest attempt?

China’s Tianwen-1 mission includes an orbiter and a rover, which will take seven months to reach Mars.

If successful in landing, their aim is to explore for underground water as well as searching for evidence of possible ancient life.

The solar-powered rover weighs 529lb (240kg) and should operate for about three months, while the orbiter is expected to last two years.

China previously tried to reach the Red Planet in 2011, sending an orbiter with a Russian mission, but the spacecraft failed to make it out of Earth’s orbit.

Yes, the United Arab Emirates set off to Mars just a few days ago – though this is a probe, so will not take on the difficult task of landing on the planet.

Amal – or Hope – is the first interplanetary mission for the Arab world and aims to look at the upper atmosphere and monitor climate change for at least two years.

– Isn’t the US planning to launch another mission to Mars?

Nasa is preparing its next mission to Mars, Perseverance, with a daily launch window set to open on July 30.

It will also seek out signs of ancient life, as well as collect rock and soil samples for possible return to Earth.

– And what about Europe?

The European Space Agency, along with the Russian Roscosmos, is hoping to send its first rover, named after English chemist Rosalind Franklin, to Mars.

Originally planned for launch this summer, the ExoMars mission has been postponed for at least two years as a number of key tests still need to be carried out.

Given that the journey from Earth to Mars can only be attempted when the planets are in specific positions, the next launch date will not be until between August and October 2022.

Technology entrepreneur Elon Musk is a notable party also keen to reach Mars – and even hopes to live there himself one day.

His firm, SpaceX, has been working closely with Nasa, recently managing to take two astronauts to the International Space Station (ISS) on behalf of the agency.

But the 49-year-old has his eyes set on the Red Planet, where he dreams of establishing a self-sustaining city, complete with iron foundries and even pizzerias.