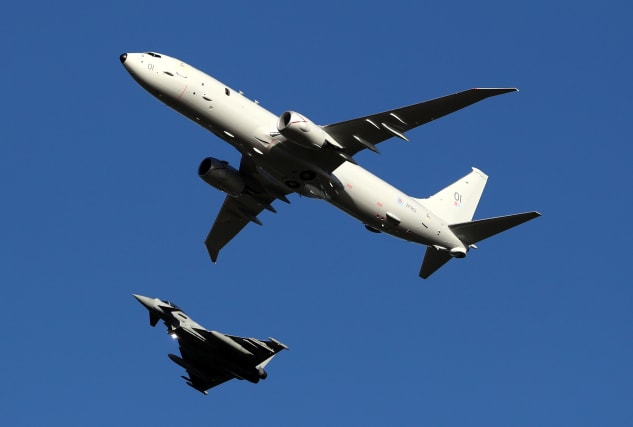 A £100 million “state of the art” base for a fleet of RAF planes has been handed over to the Ministry of Defence.

The new home for the Royal Air Force’s P-8A Poseidon fleet at RAF Lossiemouth has been delivered by Boeing for Defence Equipment and Support –  the contracting arm of the Ministry of Defence (MoD).

The hangar bay there can hold up to three of the nine submarine-hunting Poseidon Maritime Patrol Aircraft (MPA) the air force will have in its fleet.

The facility also provides accommodation for two squadrons, as well as training and mission support facilities, including state of the art simulators due to be delivered later this summer.

Minister for defence procurement Jeremy Quin said: “The new Poseidon fleet will reassert the UK in the maritime patrol arena.

“It will play an invaluable role in our national security for decades to come.

“The state of the art Lossiemouth facility provides the fleet with an ideal base while helping to create and sustain jobs in Scotland.”

The base – a joint investment by Boeing and the MoD – was designed and built by Boeing, with up to 300 people involved in the building work at the project’s peak.

As well as the jobs created during construction, about 470 additional personnel will be based at RAF Lossiemouth in support of the Poseidon air fleet – taking the total number of personnel there to around 2,200.

Boeing expects to have more than 200 employees focused on maintenance, training and support at RAF Lossiemouth when the facility is fully operational later this year.

“But more than that, it is going to be the home of our new capability where our crews, engineers, mission support staff and contractors will work together to deliver this essential defence output.”

Anna Keeling, managing director of Boeing Defence UK, said: “We are incredibly proud to be handing over this state of the art facility to DE&S after two years of hard work and investment, and we are excited to begin a new phase of Boeing’s partnership at RAF Lossiemouth.

“It’s a further sign of our commitment to local presence in the UK, skilled job creation as well as UK supplier engagement, and we could not have done it without the support of our Morayshire community partners, both on and off base.”

The first P-8A, aircraft, named Pride of Moray, arrived in the UK in February this year, followed by the City of Elgin aircraft a month later.

Both are flying from nearby Kinloss Airfield until the base and runway at Lossiemouth are formally opened later this year.

All nine of the P-8A Poseidon aircraft are expected to be in the UK by the end of 2021.