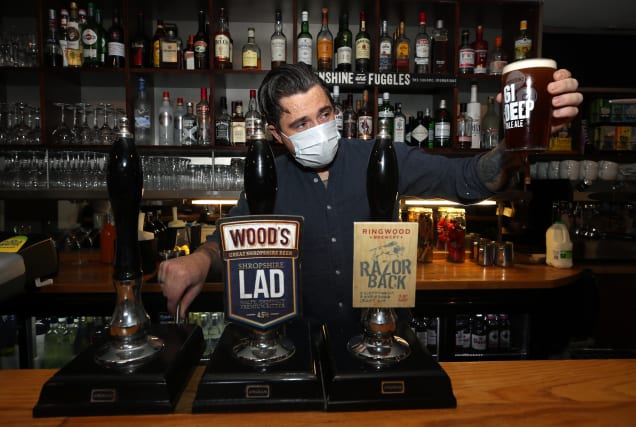 Around 92% of UK firms were trading in the two weeks to July 12 as more businesses opened their doors to customers on the easing of lockdown restrictions, according to new figures.

The Office for National Statistics (ONS) said the proportion of active firms jumped from 86% in the first two weeks of June, as the economy was boosted by the reopening of non-essential shops and hospitality venues.

Businesses currently trading said 7% of their total workforce had returned from furlough in the past two weeks.

Meanwhile, the firms said 4% of workers had returned from remote working over the period.

Trading firms also said that 6% of their workforce are expected to return from furlough in the next two weeks.

The figures came as part of the ONS’s fortnightly survey of 24,493 businesses across the UK regarding the impact of the pandemic.

The ONS also revealed that 41% of businesses continuing to trade said they had less than six months of cash reserves.

Meanwhile, 4% of firms reported no cash reserves at all, while 7% of firms who have paused trading due to the virus said they have no cash left.

This represented a slight improvement in the jobs market after reporting that advert numbers were 48% of last year’s average at the start of this month.

The lowest point for the jobs market was on May 1, when the number of job adverts was 42% of the annual average.