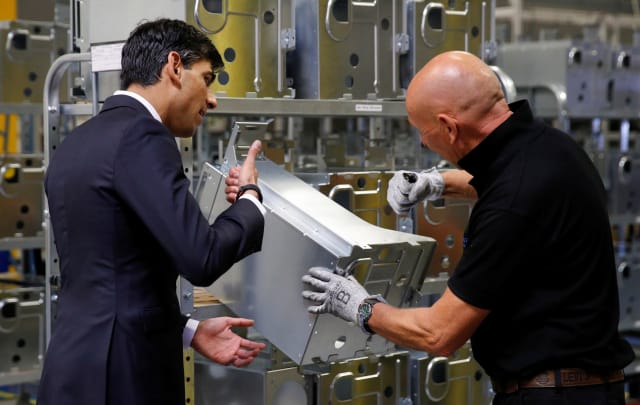 UK manufacturers saw order volumes for the past three months tumble at the fastest pace for almost 40 years as the coronavirus crisis continued to hammer industry, according to new figures.

But manufacturing firms also said they expect output to begin to recover in the coming months.

The latest CBI quarterly Industrial Trends Survey shows output volumes in the three months to July fell at a similar pace to the quarter to June.

Volumes declined by 59% in the most recent quarter as orders plunged 60%.

“There are tentative signs of gradual recovery on the horizon, with firms expecting output and orders to begin to pick up in the next three months.

Business sentiment stabilised in the three months to July, following a survey-record plunge in April, while export sentiment fell at a slower pace following a record decline in the last quarter.

Firms said they expect employment to decline at a slower pace next quarter.

Tom Crotty, group director at Ineos and chair of the CBI Manufacturing Council, said: “Government policy measures have proved vital in supporting manufacturers during the crisis, but it’s clear that many firms are still in distress.

“As the UK economy begins to recover it will remain vital that the Government continues to work with firms to both shore up near-term cash flow and build a stronger, more sustainable manufacturing sector.”