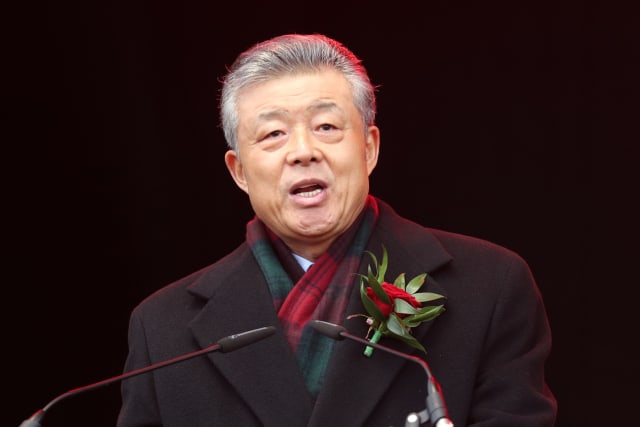 Dominic Raab announced on Wednesday that from January new rules will allow Hongkongers who possess a BNO passport to live and work in the UK with a pathway to citizenship.

At a press conference on Thursday, Mr Wang said Britain has previously pledged not to grant residency to holders of the passport.

He added: “Since the British side violated its commitment first, China will consider stopping recognition of the British National Overseas passport as a valid travel document.”

Ms Nandy called for her opposite number Mr Raab to summon the Chinese ambassador over Beijing’s comments.

She said: “The Government must not waver in its commitment to Hong Kong and the millions potentially at risk of being targeted by new national security legislation.

“Unlike the Foreign Secretary who says there is ‘little the UK can do’, Labour wants to see the Government standing up for BNO passport holders in Hong Kong and demanding a guarantee from China that their travel not be restricted on illegitimate grounds.

“The Foreign Secretary must summon the Chinese ambassador without delay to reiterate the UK’s commitment to the people of Hong Kong and demand assurances that the validity of British passports will be upheld.”

Hong Kong residents were able to register for a BNO passport before the handover of the territory to China in 1997, but this did not grant them the automatic right to live or work in the UK.

Following the announcement on Wednesday, Home Secretary Priti Patel said: “The UK has a strong historic relationship with the people of Hong Kong and we are keeping our promise to them to uphold their freedoms.”