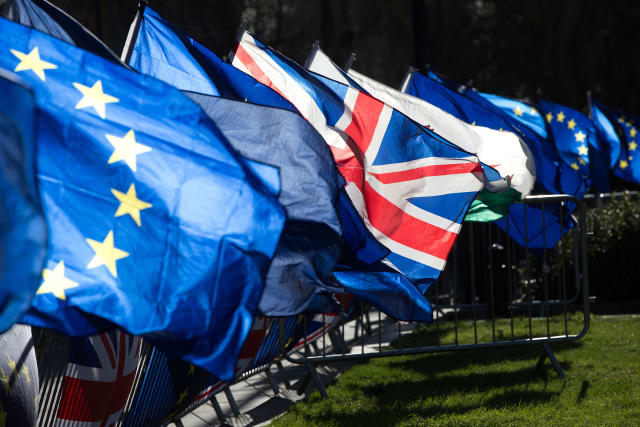 A post-Brexit trade deal is "unlikely", the EU's chief negotiator has said as talks between Britain and Brussels ended in stalemate.

The UK's chief negotiator, David Frost, said talks have not yet reached any agreement following intensified discussions between the two sides.

His EU counterpart Michel Barnier warned the "time for answers is quickly running out", as he said: "By its current refusal to commit to the condition of open and fair competition, and to a balanced agreement on fisheries, the UK makes a trade agreement at this point unlikely."

The UK's transition period for leaving the EU is due to lapse at the end of December, and both sides have said any trade deal needs to be concluded by October in order to be ratified.

Mr Frost said "considerable gaps remain in the most difficult areas" following the latest round of talks in London.

He added: "It is unfortunately clear that we will not reach in July the 'early understanding on the principles underlying any agreement' that was set as an aim at the high-level meeting on June 15."

Mr Frost said the risk of a no-deal scenario remains.

He said: "We have made progress in areas like trade, trade of goods and services, transport, social security cooperation, EU programmes, participation and so on, which is good.

"But nevertheless big differences do remain, in particular with the familiar questions of the... so-called level playing field and fisheries policy.

"We're in a negotiation. Either outcome is possible. We will work energetically to get a deal but it is possible we won't reach one."

He said a deal "can still be reached in September" if the EU side moves, but he warned Brussels will have to accept the UK's right to be an "independent state" for this to be achieved.

Speaking at a press conference in London, Mr Barnier said the UK's position on fisheries is "simply unacceptable".

He said: "The UK is effectively seeking for near-total exclusion of fishing vessels from the UK's water.

He added: "This week again the UK did not show a willingness to break the deadlock.

"On the level playing field, the UK still refuses to commit to maintaining high standards in a meaningful way. On state aid, despite a clear warning in the political declaration, very clear, we have made no progress at all.

"This is all the more worrying because we have no visibility on the UK's intention on its future domestic subsidy control system and regime."

Mr Barnier continued: "In June the Prime Minister Boris Johnson told us that he wanted to reach a political agreement quickly.

"Number one – no role for the European Court of Justice in the UK.

"Number three – an agreement on fisheries that shows that Brexit makes a real difference compared to the existing situation."

He said the EU had engaged "sincerely", adding: "Over the past few weeks the UK has not shown the same level of engagement and readiness to find solutions respecting the EU fundamental principles and interests."

Mr Barnier said the EU and UK have until "October at the latest" to strike a deal or risk the imposition of quotas and tariffs.

"This means that we only a few weeks left and we should not waste it," he warned.