Coronavirus having ‘devastating’ impact on children in Africa, charity warns 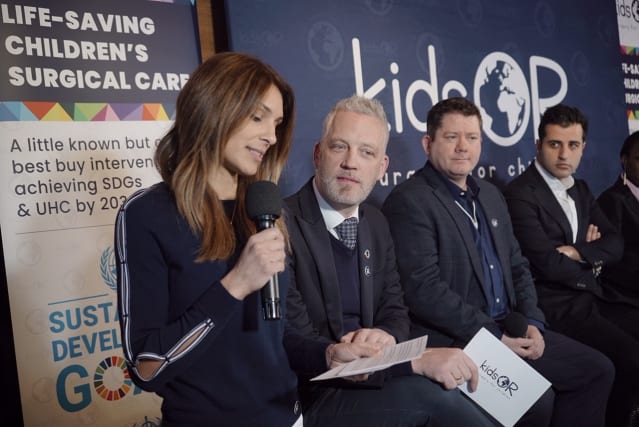 A global health charity has warned of the “devastating” impact coronavirus is having on children in Africa, with a knock-on effect from movement restrictions.

Garreth Wood, KidsOR co-founder, said there is “a clear picture of the scale of the healthcare shutdown”, with one surgeon the charity works with saying fewer than three in every 100 children who need an operation is receiving the care they urgently need.

He also suggested in some countries before the Covid-19 pandemic an “unacceptably low” 3-5% of young people who needed care were getting it.

Among the conditions facing them in Africa are birth anomalies, routine emergencies, cancers and trauma injuries – all of which Mr Wood describes as treatable.

The Edinburgh-based charity has so far built several paediatric operating rooms in 11 countries across Africa and South America, and last week announced a partnership with US charity Smile Train.

Mr Wood said: “Although children may escape the worst of the virus, cancellation of essential operations in already fragile health systems looks set to result in a humanitarian crisis where millions of Africa’s most vulnerable children will die.

“Children, who make up almost half of the entire population of these low-income countries, are going to be hit especially hard.

“Across the continent, routine operations have been cancelled and our data also shows that many families, even with emergency cases, are fearful of going to hospital due to Covid-19.”

He added: “With many children living far from any hospital they are also finding it impossible to get urgent transport because of the pandemic.

“Routine operations have been cancelled and our data also shows that many families, even with emergency cases, are fearful of going to hospital due to Covid-19.

“We know 50% of the operations carried out on children in our operating rooms are immediately life-saving – quite simply, if these operations don’t happen the children who could be saved will die.”

Nine-year-old Allan from Uganda is one of the few children who managed to get treatment before lockdown began.

Despite living about 60 miles east of the capital city Kampala, surgeons at a KidsOR facility were able to treat him for Hirschsprung’s disease – a bowel defect that causes a build-up of waste inside.

He has since recovered, is back home living with his family and will be able to return to school once they reopen.

But surgeons were not able to save another Ugandan boy, Joseph, from the same disease because of the movement restrictions due to the pandemic.

The six-year-old was looked after by his grandmother who fought the two-week process to get him to hospital – where he was eventually treated but died the day after surgery.

The surgeon who operated on Joseph said his life would have been saved if he had been able to get to the hospital earlier.

The charity hopes to double the number of operating rooms across Africa in the next year from 30 to 60 in a bid to care for more than 100,000 children.

Mr Wood added: “Our work has never been more urgent. We need to get paediatric operating rooms, surgical equipment and PPE into the hands of local surgeons so they can safely treat their nation’s children.

“We know this is only scratching the surface but for these children and their families it is literally the difference between life and death, and we will do everything possible to save as many lives as we can.”