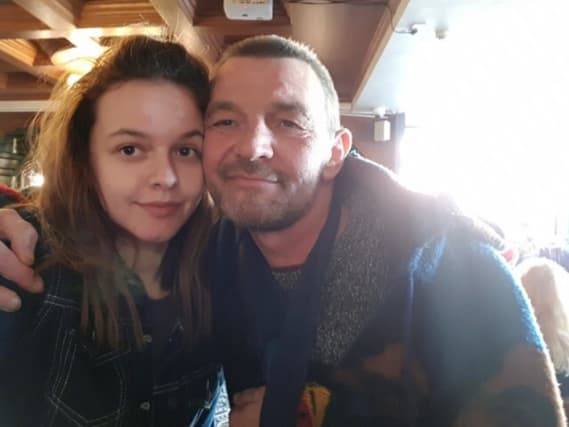 A student is calling on the Government to help people in full-time education cover funeral costs for relatives after she was forced into debt to pay for her father’s service.

Cerys Evans, 20, says she had to take out a loan with her credit card after her father Lyndon Evans, 51, died in May after being admitted to hospital with a liver infection.

The UK Government’s funeral expenses payment is available to people responsible for a funeral who are on a low income and who receive tax credits or certain benefits, including income support and jobseeker’s allowance.

An eligible person can claim up to £1,000 which will be deducted from any money they inherit from the deceased’s person’s estate.

But students in full-time education cannot claim for help covering the cost of funeral services, even if they are on a low income and are the deceased person’s next of kin.

Ms Evans, who studies criminal justice and psychology at the University of South Wales in Treforest, near Pontypridd, has launched a petition to change the rules for students after she was refused the financial help.

She told the PA news agency: “I was told I had absolutely no chance in hell because I wasn’t claiming any benefits, even though I only earn around £5,600 pounds a year from my job at Boots.

“I explained I couldn’t claim benefits because I was a full-time student.”

She said the funeral home involved with her father’s service charged £3,035 for its “simple package” which needed to be paid upfront.

Ms Evans, whose mother separated from her father eight years ago, was next of kin and took out a loan on her credit card to cover the costs, as well as using money from her student loan and some borrowed from family members.

She said: “I was halfway through my last assignment of my first year. I just tried to plough through the work, trying to sort dad’s funeral out too. It was really stressful.”

She said a Department for Work and Pensions (DWP) employee told her over the phone she could have applied for a state funeral for her father, but she said she was worried of the potential for unmarked or communal graves being used due to strains on resources caused by the coronavirus pandemic.

Ms Evans, from Caerphilly, said she launched the Change.org petition to help protect other full-time students from the financial burden of funeral costs.

“The UK and Welsh Government always encourage us to go to university and to look after family members if possible, but doing this when a family member passes away, it’s like they’re turning their back on you and ignoring you,” she said.

Ms Evans said her father died just under a year after taking out a life insurance policy, which would ordinarily not result in a payout, though she said the insurance company were “trying to sort something out”.