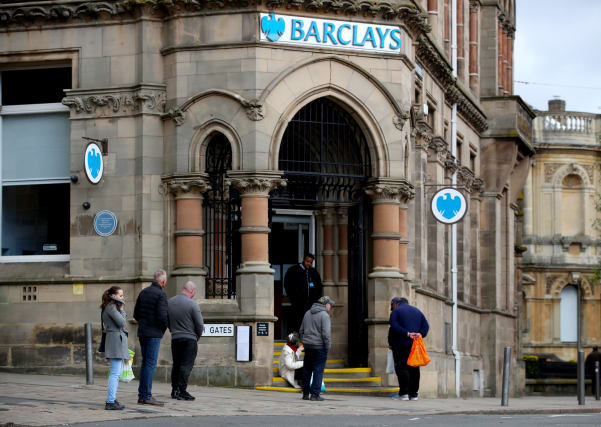 Rules around bank branch closures are doing little to push back the tide of devastating cuts to the UK’s network, according to Which?

Despite a code being introduced in 2017 requiring banks to assess the impact on communities of branch cuts, an investigation by the consumer group found that HSBC, Lloyds Banking Group, Santander, the Co-operative Bank, TSB, and Virgin Money have made no reversals to decisions to close.

Collectively, they have closed more than 600 branches since it came into effect, with many going ahead in the face of widespread dismay among the customers who rely on them, Which? said.

Some banks, including HSBC UK and Lloyds Banking Group, have paused some plans to axe branches due to the coronavirus pandemic.

Which? said the code, known as the Access to Banking Standard, effectively acts as a “box ticking exercise”.

Banks do need to complete an impact assessment of the decision and provide detail of issues raised by consumers.

But Which? claimed the code’s credibility is questionable if these consultations have apparently not led to banks realising access concerns could not be adequately addressed without keeping some branches earmarked for closure open.

It said the code does not explicitly require banks to take into account the “domino effect” of one branch closure quickly following another.

Which? said its analysis found branch cuts generally already announced for 2020 could see 247 bank branches shut this year, leaving the UK with 35% fewer than in 2015.

The impact of coronavirus has worsened access to physical bank branches, leading many to operate with reduced opening hours.

Which? said NatWest Group and Barclays did not tell it how many decisions they had reversed, but the two banks have closed 651 and 386 branches respectively since the standard was introduced.

The Financial Conduct Authority (FCA) recently announced that it was consulting on its own guidance for banks who are planning to close a branch or an ATM.

Which? said it welcomes this development, and expects the regulator to take strong action against banks if they are found to be failing to treat customers fairly.

The consumer group said the FCA should be prepared to take action if decisions taken by banks lead to communities being cut adrift from essential banking services.

Jenny Ross, Which? money editor, said: “Banks cannot be allowed to treat this as a window dressing exercise. The FCA needs to review the way banks handle closures to ensure that all customers are able to access the standard of banking they require.”

There were at least 9,803 branches operated by UK current account providers in January 2015, but the number of branches has since fallen by around a third to 6,439, according to Which?

It said that while the Post Office provides some important banking services, it cannot help consumers with all aspects of their bank accounts.

A UK Finance spokesman said: “Growing numbers of customers are opting to use new technologies to manage their money at a time and place that’s convenient to them.

“But technology is not for everyone and bank branches continue to play an important role in the life of local communities, meaning decisions to close them are never taken lightly.

“The Access to Banking Standard established clear expectations for handling branch closures and ensuring customers are supported and kept informed throughout the process.

“We are working closely with the Financial Conduct Authority on its draft branch and ATM closure guidance, building on the recent collaborative work that has seen nine in 10 branches remaining open during lockdown.

“The banking industry is committed to maintaining access to cash and the Community Access to Cash Pilot Initiative is exploring sustainable solutions which meet the needs of communities and vulnerable individuals.”