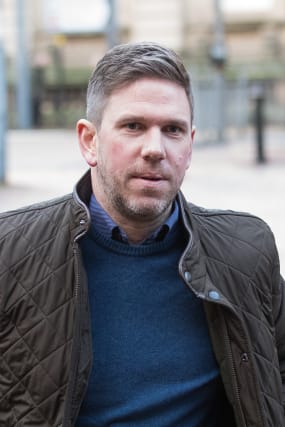 A multi-millionaire who left his injured partner to die after consensual “rough sex” could be freed less than two years into his jail term, an MP has said.

Property developer John Broadhurst left Natalie Connolly “drunk and bleeding” at the foot of the stairs in the home they shared in Kenrose Mill, Kinver, near Stourbridge, after the pair had sex following an alcohol and cocaine binge.

He was jailed for three years and eight months at Birmingham Crown Court in December 2018 after admitting manslaughter by gross negligence for failing to get medical help for the 26-year-old mother-of-one.

Miss Connolly’s MP, Mark Garnier, said he had been told by her father how Broadhurst was due before a Parole Board hearing “within the next few weeks”, which could lead to his being freed on licence.

Broadhurst was originally on trial for murder, but the charge was dropped during proceedings.

At the time he was sentenced, Labour MP Harriet Harman described the jail term as “unduly lenient”, adding she was “horrified”.

But in January 2019 Mr Cox said he was unable to take action, as Broadhurst’s sentence fell in the appropriate range for the offence for which he was convicted.

Broadhurst then went on to lose an appeal against his sentence, in November last year.

Miss Connolly’s death sparked a campaign to change the law and remove the so-called “rough sex defence”, which would invalidate the courtroom defence of consent where a victim suffers serious harm or is killed.

It was backed by a cross-party group of MPs including Ms Harman and Mr Garnier.

A bill containing the legal change is currently making its way through Parliament.

Mr Garnier, Conservative MP for Wyre Forest in Worcestershire, believes any decision to free Broadhurst would be further punishment for Miss Connolly’s family and send the wrong signal.

He said: “It is just completely wrong.

“There are only a few different reasons we send people to prison.

“The first is for punishment, but sending someone to jail to serve two years as a punishment for someone’s life, I don’t think that is a punishment.”

He added: “I don’t think justice has been done.

“That’s why we had this campaign against the so-called Fifty Shades Of Grey defence.”

Mr Garnier said: “I cannot imagine what it must be like to be a parent who buries their child and for the man who killed her to be getting out.

“Moreover, I cannot imagine being a parent sitting in court, listening to this stuff.”

Mr Garnier said he had been “impressed” by the way Miss Connolly’s family had “pulled together” since the tragedy.

“When I first met Natalie’s family, I went and sat with them in the house,” he added.

“They’re just a nice, normal family, who have been afflicted by this dreadful experience.”

Mr Garnier added that Miss Connolly had suffered a double indignity of not only losing her life, but having her character held up for public scrutiny without a right of reply.

He said: “Natalie’s daughter will be entitled to google her mother’s name and she will see a lot of the stuff was written about her.

“That’s one of the dreadful aspects of this case.

“Not only was Natalie Connolly a victim of this crime, she was also a victim of character assassination, of post-mortem abuse.”