The Queen’s love of Balmoral 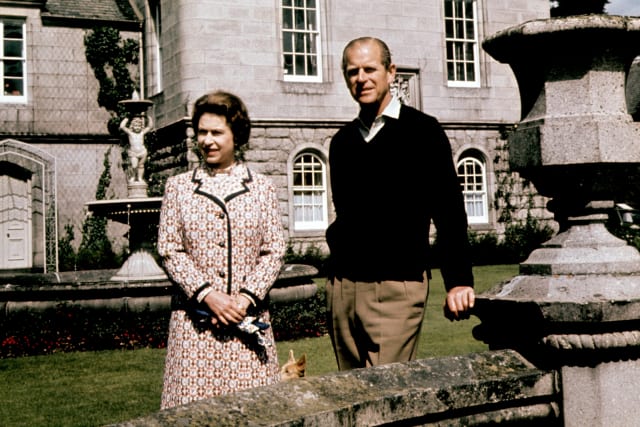 Each year without fail, the Queen retreats to Balmoral in Aberdeenshire during the summer months.

The 94-year-old monarch is never happier than when she is at the rural estate – her favourite residence in Scotland.

Despite the coronavirus pandemic, 2020 will still see the Queen make her annual journey to her Highland home.

The private dwelling was handed down to her through generations of royals after being bought for Queen Victoria by Prince Albert in 1852.

Victoria described Balmoral as her “Heaven on Earth” and it is where she sought solace after Albert’s death.

The turreted grey stone castle by the River Dee is surrounded by fir-clad hills, lochs and grouse moors.

The usual two-month stay in August and September traditionally includes a visit to the nearby Braemar Gathering, where the Queen is Chieftain of the Highland Games.

But due to the Covid-19 crisis, this year’s games have been cancelled.

When at Balmoral, the Queen also regularly visits Crathie Kirk.

The small church memorably became a focus of the Scottish independence debate days before the 2014 poll when the Queen told people outside a Sunday service to “think very carefully about the future” before casting their vote.

There was much personal relief in royal quarters when Scotland voted no to independence in the referendum.

In fact, so concerned was the Queen that the Union of more than 300 years of which she is sovereign would be broken up that she reportedly “purred down the line” to then prime minister David Cameron when he rang to tell her: “It is all right, it’s OK.”

Princess Eugenie, the Queen and Philip’s granddaughter, once described Balmoral as the most beautiful place on the planet.

“Walks, picnics, dogs – a lot of dogs, there’s always dogs – and people coming in and out all the time,” she said.

Eugenie added: “It’s a lovely base for granny and grandpa, for us to come and see them up there; where you just have room to breathe and run.”

Years of royal memories have been forged at Balmoral, including family barbecues – where Philip did the cooking and the Queen the washing-up.

Each morning, a lone piper traditionally plays below the Queen’s bedroom window.

Prime ministers and first ministers usually visit the monarch and stay for short periods – but this will undoubtedly not happen this year.

Mr Cameron once said there was not much “chillaxing” – chilling out and relaxing – at Balmoral, with the royals spending their time on outdoor pursuits.

Cherie Blair revealed in her autobiography how her son Leo was conceived at Balmoral when she left her contraception at home out of embarrassment during her annual weekend stay there with husband and then PM Tony Blair.

“In 1998 – I had been extremely disconcerted to discover that everything of mine had been unpacked,” she wrote.

“Not only my clothes, but the entire contents of my distinctly ancient toilet bag with its range of unmentionables,” Mrs Blair added.

“This year I had been a little more circumspect, and had not packed my contraceptive equipment out of sheer embarrassment.

“As usual up there, it had been bitterly cold, and what with one thing and another…”

After Philip and Princess Elizabeth married in 1947, they spent part of their honeymoon at Birkhall – a grand hunting lodge on the Balmoral estate since inherited by the Prince of Wales.

The Queen was staying with her grandchildren William and Harry at Balmoral when their mother Diana, Princess of Wales died in a car crash in Paris in 1997.