Police and Crime Commissioner tells of ‘misery’ after getting menacing email 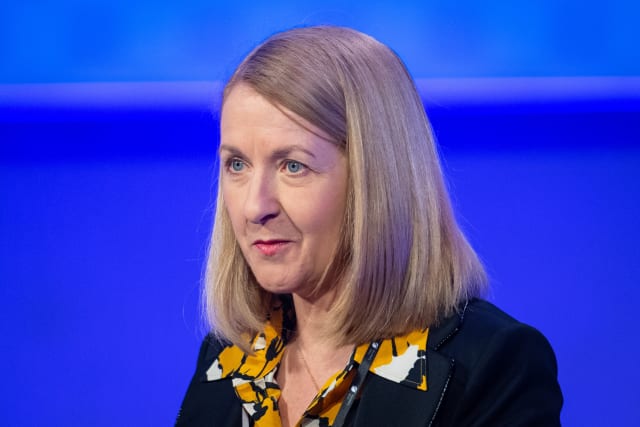 A Police and Crime Commissioner has spoken of the “misery” she endured after a pensioner sent a menacing email to her and a range of other police and legal officials.

Katy Bourne, 55, who is a member of the Government’s National Policing Board and the former chairwoman of the Association of Police and Crime Commissioners (APCC), said she has had “sleepless nights” over the situation.

She added that she also feels “very responsible” because solicitor Gillian Jones, whom she hired to do some work, has suffered emotionally and professionally.

John Hoath, 75, of Lewes, East Sussex, denied he intended any malice in his message, but was convicted of sending an electronic message of a menacing character on July 9.

He was jailed for eight weeks at Wimbledon Magistrates’ Court on Wednesday and given a restraining order against Ms Bourne and Ms Jones until 2025.

Ms Bourne told the PA news agency that Hoath’s actions were “malicious and relentless, and completely obsessive and fixated”.

Speaking before his sentencing, she said: “I have every sympathy for the thousands of people out there who are suffering in silence. I have got a first-hand view of it, in terms of what they are going through, and I know some stalking victims go through a lot worse.”

He also threatened to carry out a citizen’s arrest on those he contacted if they did not surrender to him in seven days.

Ms Bourne was elected as Sussex Police and Crime Commissioner in 2012 to oversee how crime is tackled in the region, to cut crime, and also ensure the police force is effective.

She was elected as APCC chairwoman around two weeks after the incident.

Ms Bourne, who gave her evidence at Hoath’s trial via video-link, told PA: “There is a small group of men in Sussex who seem intent on making my life a misery – whether it is over emails constantly, haranguing my office, but also turning up and filming me. It is over a long period of time.

“You have to relive the experience (in giving evidence) and, as anybody who has had to go through a court experience will know, it is not easy to do.

“There was a lot riding on that case, not just for me but for the victim, Gilly Jones … She became a victim because I engaged her services as a solicitor, which is just appalling really.

“If I hadn’t engaged her, she would not have had to go through any of this. It has been a very difficult time for her.”

In her victim impact statement, Ms Jones told the court she had been “bullied” online and called a “bitch” and a “prostitute” in a range of slurs which have caused her “a great deal of upset and fear”.

She told the court that her ordeal has lasted for years and she now feels unable to do her job “without fear, intimidation or protection”.

She suffers from nose bleeds triggered by anxiety, panic attacks and “terrible” nightmares, and her son, who has Asperger’s syndrome, “cannot understand why that man is hurting mummy”.

“These are criminal offences, and in my line of work any criminal accusation gets naturally referred to the police and crime panel who oversee my work,” she said.

“If it is of a real criminal nature, they will refer it to the Independent Office for Police Conduct – who investigate the most serious and sensitive incidents and allegations involving the police.

“It really undermines your professionalism and can strike right at the heart of the job you are trying to do.

“It was not just for my own peace of mind but also (I thought) ‘If I don’t stop this, how on earth is other professionals like me or members of the public supposed to?’.”