London markets slip into the red amid US-China tensions 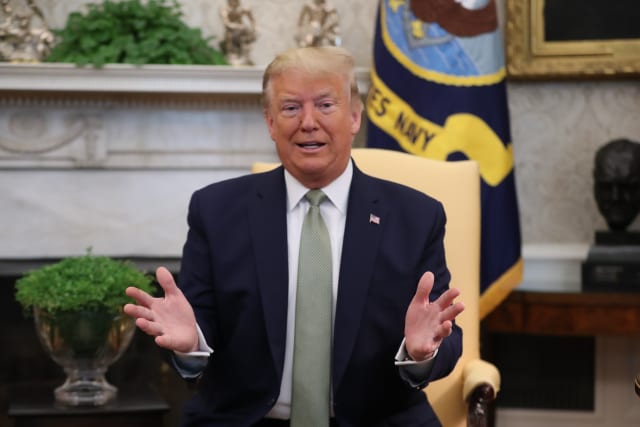 The London markets slumped as Donald Trump caused a potential escalation in diplomatic tensions with China.

European traders were left shaken as concerns over the shutdown of the Chinese consulate in Texas hit stocks, with focus drifting away from still significant Covid-19 stresses.

David Madden, market analyst at CMC Markets UK, said: “Rising tensions between the US and China dampened the mood in the markets.

“The US government ordered the closure of China’s consulate in Houston, and the Beijing administration has vowed to retaliate.

“Recently, the relationship between the two largest economies in the world has been strained because the Chinese government is eroding Hong Kong’s autonomy, and that has attracted the anger of many countries.”

Nevertheless, the Dow Jones still managed to buck the trend seen overseas and opened higher to push its way back above 26,900 after the opening bell.

The major European markets dropped as dealers shed stocks on Wednesday after starting in a strong position due to positivity surrounding the eurozone rescue package from Tuesday.

Meanwhile, sterling edged lower after hitting its highest figure for a month on Tuesday and dealers took the opportunity to sell.

Oil firms sank lower as they were weighed down by weak trading sentiment and downward pressure on prices.

The FTSE 100 firm told investors it produced 13.6 million ounces of silver for the three-month period, up 2.8% on the previous quarter, as it surpassed analyst expectations.

B&Q owner Kingfisher was the FTSE 100’s top riser after it revealed its half-year profits were boosted by surging demand for DIY products amid the coronavirus lockdown.

Group online sales rocketed more than 200% in May and June amid the trend for home improvements as lockdowns across Europe forced households to stay at home.

Shares in the retailer moved 32.9p higher to 258p at the close of play.

Melrose slid to the foot of the index after the industrial turnaround specialist said revenue fell 27% year-on-year in the first half of 2020.

Shares fell by 17.15p to 103.3p after it also warned that it is likely to make only a “small” adjusted operating profit for the period.

The price of oil was stagnant on the back of the American Petroleum Institute report but edged higher later in the trading session.