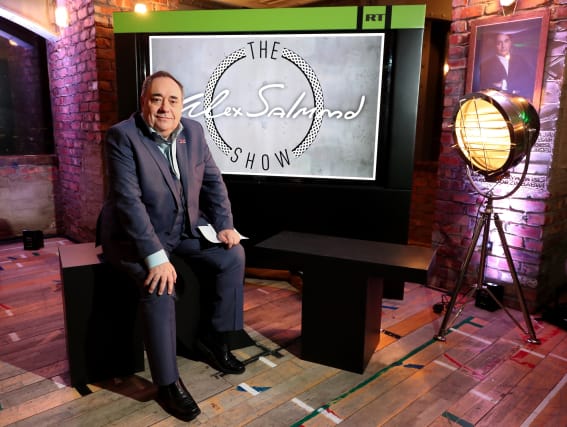 Scotland’s First Minister Nicola Sturgeon should publicly condemn her predecessor Alex Salmond for hosting a show on the Kremlin-backed TV channel RT, a spokesman for Sir Keir Starmer has said.

Speaking to journalists after Prime Minister’s Questions on Wednesday, the spokesman said none of the Labour frontbench had appeared on the channel since Sir Keir was elected leader of the party earlier this year.

Mr Salmond, who was cleared of sexual misconduct charges earlier this year, began the show in November 2017, five months after he lost his seat at Westminster.

The call comes a day after the release of the Intelligence and Security Committee’s report on Russian meddling in UK democratic processes.

The spokesman for the Labour leader said: “We completely condemn it and we advise the First Minister Nicola Sturgeon to do the same.

“She should make a public statement condemning it.”

The spokesman added: “He (Keir) would certainly say it is the wrong thing to do (appearing on RT).

“As Keir said, no member of the frontbench has been on Russia Today since Keir was put in charge and it is certainly not anything we would endorse.”

She added: “Of course, Alex is not currently an elected politician and is free to do as he wishes, but had I been asked, I would have advised against RT and suggested he seek a different channel to air what I am sure will be an entertaining show.

“Neither myself nor the SNP will shy away from criticising Russian policy when we believe it is merited.”

Mr Salmond resigned his membership of the SNP after he was charged with sexual offences in 2018.

The former leader of the party said he did so to avoid internal division within the party and planned to become a member again once he was cleared.

The SNP confirmed to the PA news agency that the former first minister is not a member of the party.