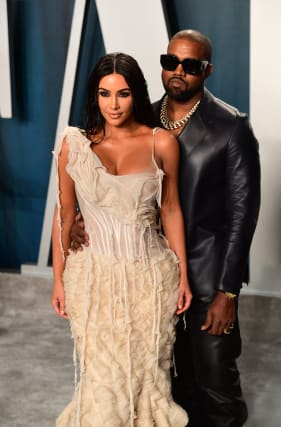 Kim Kardashian West has spoken for the first time about her husband Kanye West’s bipolar disorder after he shared a string of concerning tweets.

She said her husband’s words “sometimes do not align with his intentions”.

West has said in recent weeks that he is planning to run to become US president and has made claims about his family life.

“He is a brilliant but complicated person who on top of the pressures of being an artist and a black man, who experienced the painful loss of his mother, and has to deal with the pressure and isolation that is heightened by his bi-polar disorder,” Kardashian said in a lengthy post on Instagram.

She added that she has not discussed his condition before because she is “very protective of our children and Kanye’s right to privacy when it comes to his health”.

She added: “But today, I feel like I should comment on it because of the stigma and misconceptions about mental health.”

The condition does not “diminish or invalidate his dreams or his creative ideas, no matter how big or unobtainable they may feel to some”, she said.

“That is part of his genius and as we have all witnessed, many of his big dreams have come true.”

Society should give “grace” to those who suffer from mental health issues, she added.

Living with bipolar yourself, or having a loved one that does, is “incredible complicated and painful” to understand, Kardashian said.

She added: “I kindly ask that the media and public give us the compassion and empathy that is needed so that we can get through this.

“Thank you for those who have expressed concern for Kanye’s well-being and for your understanding.”

Earlier this week West claimed his wife had tried to get a doctor to “lock me up” after he revealed they considered an abortion when expecting their first child.

West, who says he is running for US president, told a crowd on Sunday that a message from God convinced him to keep the baby.

He added that while he believed abortion should be legal, financial incentives to help struggling mothers could be a way to discourage the practice.

“Everybody that has a baby gets a million dollars,” he said as an example.

While the rapper has said he is running for his country’s highest office, it appears he missed the cut-off to run in South Carolina.

He previously shared a petition calling for his name to be added to the ballot in the state.