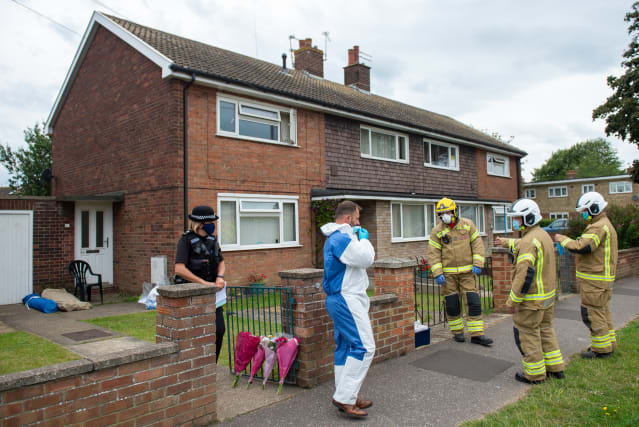 Floral tributes have been left outside a flat where a man and woman were found dead.

The force said it had received a report of concern for the safety of a person at the property shortly after 7.30pm.

The man and woman were pronounced dead at the scene.

Police said: “Their deaths are currently being treated as unexplained and officers are investigating the circumstances surrounding the incident.”

Neighbours described the woman as a “bubbly, funny, friendly person”.

A marked police car remained outside the property on Wednesday, with floral tributes left on the path.

A spokesman for the East of England Ambulance Service said a call was received shortly before 8.30pm on Tuesday, adding: “We sent a range of resources, including ambulance officers and crews from our hazardous area response team.

“Sadly, two people were pronounced dead at the scene.”

A neighbour, who asked not to be named, said of the woman: “When I was going through down patches she used to make me laugh.”

A second neighbour said the woman was “bubbly, friendly, she would always say hello”.

Another said: “She was at a Slimming World group I went to and did really well. She did fantastically well, brilliantly well.