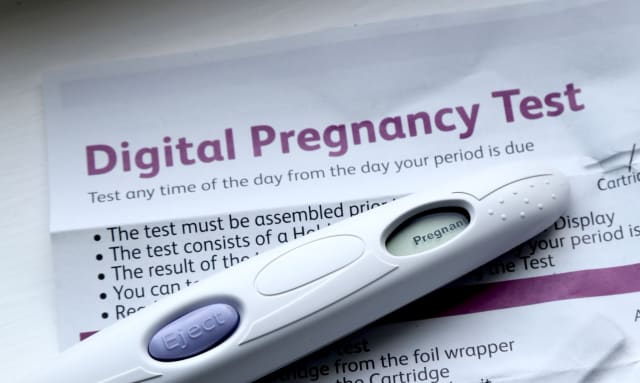 Fertility rates for women under 30 in England and Wales are at a record low, new figures show.

Those aged 40 and over were the only age group to see an increase in the fertility rate, with a rise to 16.5 births per 1,000 women.

Wales's total fertility rate was the lowest since records began in 1982, at 1.54 children per woman.

Fertility rates last year for women under 30 fell to the lowest level since records began in 1938, the statistics body said.

The rates were measured in six age groups, from under 20 up to 40 and over.

The ONS suggested possible reasons for the decrease in total fertility rates could be better access to contraception; a fall in mortality rates of children aged under five, resulting in women having fewer babies; and lower levels of fertility or difficulties conceiving because people are delaying having children until later in life.

Last year the standardised mean age of a mother at childbirth was 30.7 years, a figure which has been gradually rising since 1973 when it was 26.4 years.

The statistics, published on Wednesday, also show a continued decrease in live births, with 640,370 in England and Wales in 2019.

Last year more than a quarter (28.7%) of live births were to women born outside the UK – a record high since 1969, but continuing a general long-term increase, the ONS said.

David Corps, from the vital statistics outputs branch of the ONS, said the rate in England must fall further to 2.6 by 2025 to meet a Government aim to halve stillbirth rates in the country by then.

"The story of births in England and Wales in 2019 is one of decreases and record lows, with the total number of births continuing the fall we've seen in recent years," he said.

"Wales had the lowest fertility rate since our records began and England's is nearing its record low.

"For stillbirths, the rate in England continued the decline seen in recent years, reaching a record low of 3.8 stillbirths per 1,000 total births in 2019.

"To achieve the government ambition to halve stillbirth rates in England by 2025, the rate must fall to 2.6 by that year."