Deaths of man and woman in flat not suspicious, say police 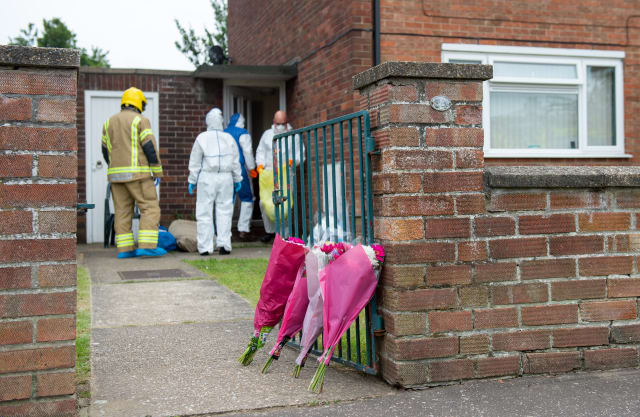 The deaths of a man and woman who were found together inside a flat are not being treated as suspicious by detectives.

The force said it received a report of concern for the safety of a person at the property shortly after 7.30pm.

Police said the pair, both believed to be aged in their 30s and known to one another, were pronounced dead at the scene.

The force said: “The deaths continue to be treated as unexplained, however, police do not believe there are any suspicious circumstances at this stage and will prepare a file for the coroner in due course.”

Formal identification has yet to take place.

The bodies were taken from the address in an ambulance on Wednesday afternoon.

Floral tributes were left on a path to the flat while police in forensic suits conducted investigations inside the property, with three fire engines and the fire service’s environmental protection unit also on scene.

A spokesman for the East of England Ambulance Service said a call was received shortly before 8.30pm on Tuesday, adding: “We sent a range of resources, including ambulance officers and crews from our hazardous area response team.

“Sadly, two people were pronounced dead at the scene.”

A neighbour, who asked not to be named, said of the woman: “When I was going through down patches she used to make me laugh.”

A second neighbour said the woman was “bubbly, friendly, she would always say hello”.

Another said: “She was at a Slimming World group I went to and did really well. She did fantastically well, brilliantly well. I’m absolutely devastated.”