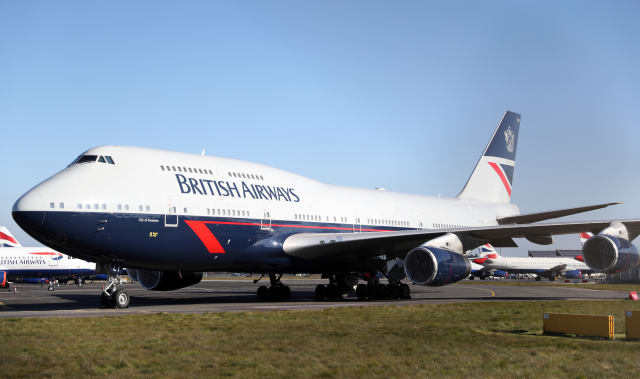 British Airways pilots are being urged to accept a package including pay cuts and job losses in a bid to avoid more redundancies.

The proposed deal includes voluntary part-time working, voluntary severance, voluntary external secondments, and a holding pool of the equivalent of 300 pilots employed on reduced pay ready to return to flying as demand picks up.

The measures will be funded by pilot pay cuts starting at 20% and reducing to 8% over the next two years then further reducing toward zero over the longer term.

Balpa said that despite these measures, BA pilots are “devastated” at the prospect of around 270 compulsory redundancies although the union said it expected this number will fall further as voluntary mitigation measures continue to be taken up.

Balpa said it was recommending its members accept the proposals as the best that can be achieved in these “incredibly difficult circumstances”.

General secretary Brian Strutton said: “It is hugely disappointing that during our extensive negotiations British Airways would not accept the full package of mitigations we put forward which would have avoided any job losses at all, and at no cost to BA.

“As a result there will be some compulsory redundancies amongst the pilot community and that is a matter of huge regret.

“Given BA’s intransigence we have put together the best package we can to save as many jobs as possible.”

Pilots will vote in a ballot, with the result due at the end of the month.

A BA spokesman said: “We have reached an agreement with our pilots’ union, Balpa and confirm Balpa is now balloting its members.

“We know this has been an incredibly difficult time for our pilot community, and we would like to thank Balpa’s representatives for their hard work and tireless effort to engage and find solutions to save as many pilot jobs as possible.”