US moves closer to allowing Boeing 737 Max to fly again 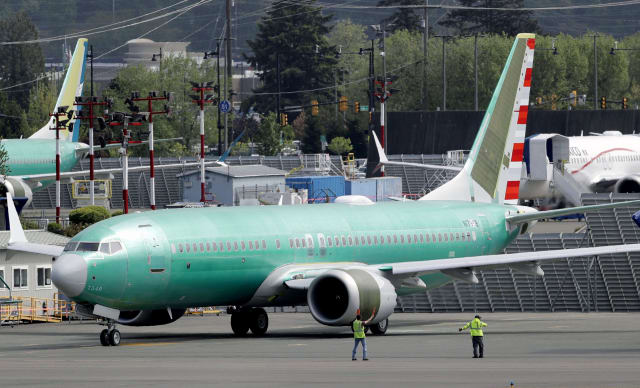 Federal safety regulators are moving closer to letting the grounded Boeing 737 Max fly again following changes that Boeing has made to the plane after two deadly crashes.

The Federal Aviation Administration said on Tuesday that “in the near future” it will issue a proposed safety directive for the plane.

The agency gave no indication, however, of when it might lift its March 2019 order that grounded the plane.

The FAA said it would allow 45 days for public comment on Boeing’s proposed changes to the plane and pilot-training procedures to address problems found during investigations of the crashes in Indonesia and Ethiopia, which together killed 346 people.

Investigators have focused on a flight-control system, new to the Max, that pushed the nose of both planes down based on faulty readings from sensors.

Boeing has been working to fix the system and make other changes since shortly after the first crash, in October 2018.

The FAA said posting the proposed airworthiness directive is an “important milestone”, but a “number of key steps remain” before passengers are allowed back on Max jets. The agency will publish a final safety directive.

Separately, regulators from the US, Canada, Europe and Brazil will review proposed minimum pilot-training requirements. Boeing and the FAA recently flew a series of test flights.

“The FAA will not speculate when the work will be completed,” the agency said in a statement.

“We will lift the grounding order only after FAA safety experts are satisfied that the aircraft meets certification standards.”

Congressional committees are looking into FAA’s certification of the Max. Politicians have faulted the FAA’s oversight of Boeing and proposed changes in FAA’s reliance on employees of aircraft makers to analyse the safety of their own planes.

Nearly 400 Max jets were in service around the world when they were grounded, and since then Boeing has built several hundred more that have stacked up at company facilities.