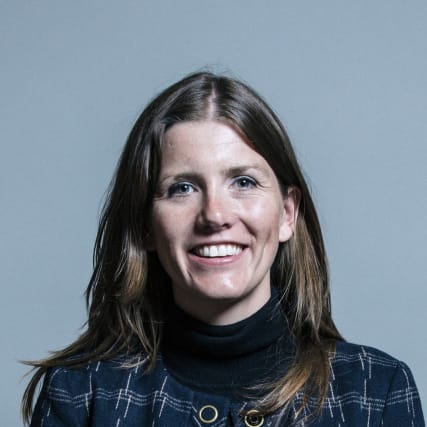 Universities must do more to raise standards in schools to ensure students from all backgrounds “get to the finish line” on a degree that leads to a graduate job, a minister has said.

Universities Minister Michelle Donelan said it is “far too simplistic” to only look at the number of students from a disadvantaged group going into higher education to measure progress.

Students from black ethnic groups are more likely to go to university than their white peers, but they are less likely to complete their course, obtain top degrees, or secure a graduate job, Ms Donelan said.

Speaking to the Festival of Higher Education, the minister called on universities to sponsor schools and run summer camps to ensure students succeed when they arrive at university.

She told the University of Buckingham virtual event: “It is far too simplistic to just look at the numbers of a group going to university. True social mobility is not getting them to the door, it is getting them to the finish line with a high-quality course that will lead them to a graduate job.

“This is why I want to see universities doing even more to raise standards and aspiration in schools.

“Universities have the potential here to make a tremendous difference in opening up opportunities. And, while I’m thrilled by the number who are already doing so, I’d like even more high-tariff universities to be coming forward to open maths schools.”

Ms Donelan also called for controversial “conditional unconditional” university offers to end “for good” to ensure students do not make decisions that are not in their best interests.

Her comments come after the Office for Students announced this month that the offers – which give students a place on a degree course, regardless of their A-level grades, on the condition that they make the university their firm first choice – will be banned until September 2021.

Ms Donelan said: “The registration condition is of course only temporary, but I want to see the practice ending for good. Because I don’t want to see students making decisions that are not in their best interests. Quite frankly, there is no justification for such practices.”

The minister said university is “not the only path” for learners, adding that for some further education will support their goals, or an apprenticeship will “catapult” their ambitions.

“Now is the time for a new era in which our world-leading sector will go from strength to strength. One with a focus on the individual, on skills, on rigorous academic standards and on outcomes to fill our productivity gap, fuel our economy and create opportunities,” she said.

Speaking on Tuesday, the minister called on the higher education sector to think about how it may be able to deliver learning differently in the future.

She said: “Sadly, the three-year bachelor degree has continued as the predominant mode of study. But, let’s face it, that doesn’t suit all students.

“Many young people or more mature people would like to study shorter courses, or earn while they learn.”