Uber begins Supreme Court fight over whether drivers are workers 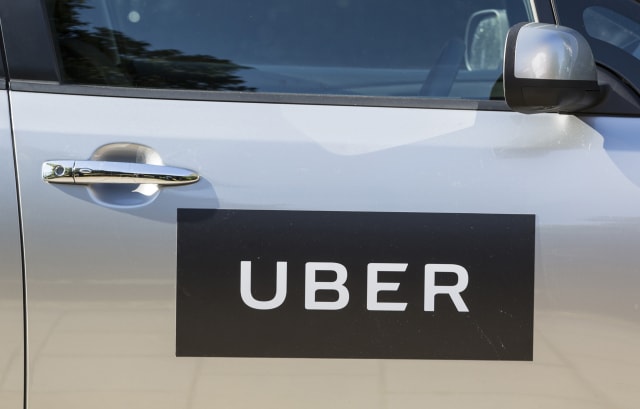 Uber has begun a Supreme Court fight over whether drivers should be classified as workers.

Operating companies appealed to the Supreme Court after losing three earlier rounds of a legal battle.

Uber rides are booked through a smartphone app, which connects passengers to drivers.

Drivers, and union bosses, say they are “workers” entitled to the minimum wage, paid leave and other legal protections.

Dinah Rose QC, who is leading Uber’s legal team, said drivers entered into “individual contracts with passengers to provide driving services for the passenger in respect of a particular trip, through the agency of Uber”.

“It is commonplace for licensed private hire operators to act as agents for self-employed mini-cab drivers, who, like Uber drivers, hold their own licences as private hire drivers, own their own vehicles and pay the associated expenses, choose whether and when they wish to work, and contract directly with passengers,” she told justices, in a written case outline.

“This type of arrangement has long been recognised by employment tribunals…”

She added: “Uber’s business has been perceived by some as being different from this traditional industry model principally because its innovative software platform has enabled a very large increase in the scale of such an operation.

“The essence of the functions it performs, and the nature of its relationships with drivers, are not novel. It is thus wrong to treat this appeal as a test case for the operation of the so-called ‘gig economy’: there is nothing new or unusual about this type of relationship in this industry.”

She said the “real importance” of the appeal was that it raised the question of the extent to which courts should respect the terms of the written agreements parties have chosen to make.