Tributes to ‘amazing’ Navy sailor who died in motorway crash 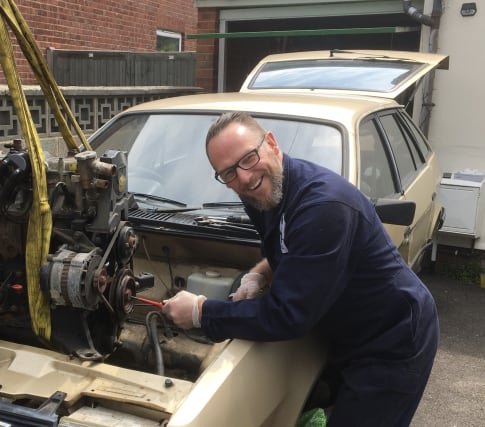 Tributes have been paid to a respected Royal Navy non-commissioned officer who died when his car crashed off a motorway.

Chief Petty Officer Keith “Paddy” Ross, of Lee-on-the-Solent, Hampshire, died when his Vauxhall Astra left the carriageway of the M275 in Portsmouth and ended up on a roundabout at the city’s park-and-ride on July 15.

The father-of-five, described as a “devoted family man”, joined the Navy in 1998 as a marine engineer and first served aboard the aircraft carrier HMS Illustrious. He was awarded the Operational Service Medal for serving in Sierra Leone.

The 40-year-old, originally from Co Down, Northern Ireland, had most recently served as the deputy marine engineering officer of Crew 7 of the Second Mine Countermeasures Squadron (MCM2 Crew 7) based at Portsmouth.

A Royal Navy spokeswoman said: “A fit individual who had a passion for rugby and golf, he was a devoted family man who was well known and thoroughly liked across the Royal Navy. CPO Ross is survived by his wife Sarah and their five children.”

His family said in a statement: “Our Sailor Keith was an amazing, devoted and incredibly loving husband and father of five beautiful children aged 12 to two years old.

“He was also an immensely loved and proud son, brother, son-in-law, uncle and brother in-law to so many.

“We are incredibly proud of him reaching Chief Petty Officer in the Royal Navy and he had huge aspirations for our family’s future.”

Lieutenant Commander Neil Skinner, commanding officer of MCM2 Crew 7, said: “He was a talented engineer operating at the top of his game.”