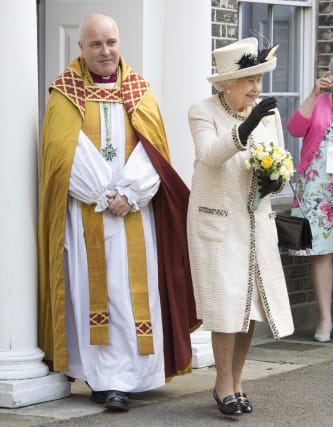 The ancient tradition of new bishops paying homage to the sovereign has been carried out virtually for the first time in history.

The Queen received the oath of allegiance from the newly-appointed Archbishop of York during a video call on Tuesday, Buckingham Palace said.

Normally, new bishops pay homage to the Queen in person, before they begin their duties, but the coronavirus pandemic has meant the Queen has been carrying out some of her usual audiences online or on the phone.

Updating a 450-year-old custom, the Queen held a video-call from Windsor Castle with The Most Reverend and Rt Hon Stephen Cottrell to receive the oath.

The act of newly-appointed bishops paying homage to the sovereign dates back to the reign of Elizabeth I, and the Palace confirmed it is the first time this has happened virtually.

The oath acts as the bishop’s formal acknowledgement of allegiance to the monarch, who is the Supreme Governor of Church of England.

Archbishop Stephen was confirmed as Archbishop of York on July 9.

The 94-year-old monarch has been staying at Windsor in Berkshire for the past 18 weeks since before lockdown.