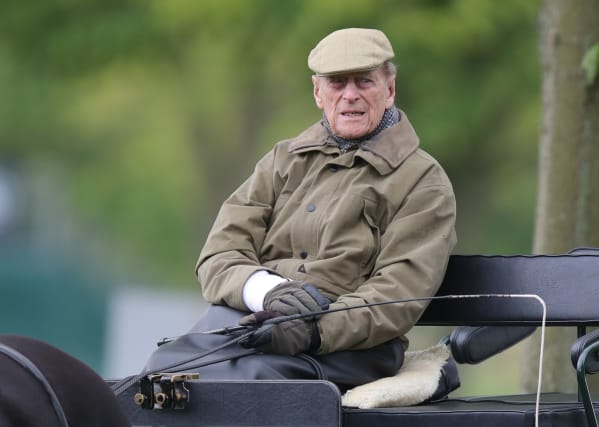 The Duke of Edinburgh retired nearly three years ago after decades of royal service.

He survived a car crash early in 2019, emerging unscathed when his vehicle flipped over after colliding with another carrying two women and a baby.

The duke has been staying at Windsor Castle with the Queen for the past 18 weeks in HMS Bubble – the nickname given to the couple’s reduced household of devoted staff during lockdown.

As Philip briefly steps out of retirement to carry out a rare official public engagement on Wednesday, here is a look at what he has been up to over the past year and a half.

January 17 – The duke is involved in a car crash when the Land Rover Freelander he is driving overturns after hitting another vehicle carrying two women and a baby near the Sandringham estate.

January 19– Photographs emerge of Philip driving a Land Rover without his seat belt on at Sandringham just two days after the crash.

January 27 – It emerges that the duke has written to passenger Emma Fairweather wishing her a “speedy recovery from a very distressing experience”.

February 14 – The Crown Prosecution Service confirms that the duke will face no further action in relation to the accident.

April 19 – Philip becomes the third oldest royal in British history, overtaking Princess Alice, Countess of Athlone, who was 97 years and 10 months when she died in 1981.

May 7 – The duke makes a rare appearance at a royal engagement, joining the Queen and broadcaster Sir David Attenborough at a luncheon for Order of Merit members at Windsor Castle.

May 8 – Philip is pictured with his new great-grandson, Archie Mountbatten-Windsor, son of the Duke and Duchess of Sussex.

May 9 – The duke is seen driving a carriage at the Royal Windsor Horse Show.

May 11 – Philip takes his seat in the royal box with the Queen and the Duke of Sussex for the horse show’s pageant event.

May 18 – The duke looks in fine form as he attends Lady Gabriella Windsor’s wedding in St George’s Chapel at Windsor Castle.

June 21 – The duke holds an audience with General Sir Nicholas Carter, who is relinquishing his appointment as Colonel Commandant of The Rifles.

November 20 – The Queen and Philip reach their 72nd wedding anniversary, spending the day separately, with the monarch in London and the duke at Sandringham. On the same day, the Duke of York steps down from royal duties amid the Epstein scandal.

December 20– The duke is admitted to King Edward VII’s Hospital in central London for treatment relating to a “pre-existing condition”. His stay is described as a “precautionary measure” by Buckingham Palace.

December 24 – Philip leaves hospital after four nights and travels to Sandringham to spend Christmas with the Queen.

March 19 – The duke travels from Sandringham to Windsor Castle to stay with the Queen ahead of the nation going into lockdown during the coronavirus pandemic.

April 20 – In his first major statement since his retirement, Philip praises key workers including refuse and postal staff who have been keeping essential services running.

June 10 2020 – The duke turns 99 and is photographed with the Queen to celebrate the occasion.

July 22 – In his first official engagement in more than a year, Philip is to take part in a ceremony at Windsor to hand over his role of Colonel-in-Chief of The Rifles to the Duchess of Cornwall, who will be at Highgrove.