Matt Hancock hints at PHE reform during evidence to MPs 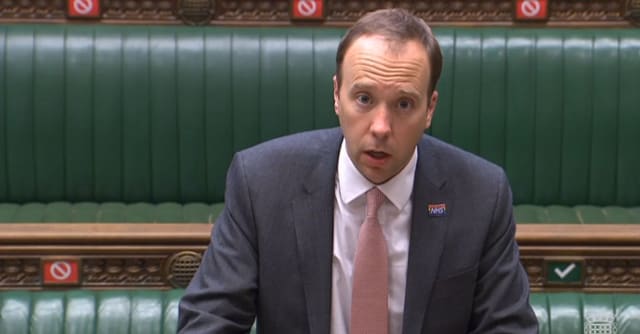 Matt Hancock gave the strongest indication yet that PHE would be reformed, saying it was not set up to be an organisation “ready to go to mass national scale”.

The Health Secretary praised Public Health England (PHE) for being a “really good” scientific organisation, but said that a standing capability was needed.

He made the comments as he gave evidence at the Science and Technology Committee on Tuesday.

Mr Hancock said: “We need a standing capability, right, we need a public health agency that isn’t only brilliant at science, but also is ready to mass scale very, very quickly.

“The challenge that it found was it was not set up to be an organisation ready to go to mass national scale and we didn’t go into this crisis with that mass of testing capability.

“In that we were like almost every other country in the world. Germany was the exception in this space rather than the norm, and some of the far eastern countries.

He added: “We built the scale outside PHE to make sure that we have the high quality science and we had the scale.”

When asked if he was in the process of reforming PHE, Mr Hancock told MPs “there’ll be a time for that”, but that his priority was controlling the virus and preparing for winter.

He also told the committee that in its response to the Covid-19 pandemic the Government took the best decisions it could with what information was available at the time.

Asked by committee chairman Greg Clark if it was his view that all the right decisions had been taken at the right time, Mr Hancock replied: “It’s my view that we took the best decisions that we could, with the information that we had, at the time.

“And that people worked in the best possible interests of trying to tackle the pandemic.

“Now hindsight in a wonderful thing, it’s also a very important part of learning lessons from a crisis like this, so I’m absolutely sure that there’s lessons that we can learn through this process.

“And largely because that will build on lessons that we have been learning all the way through.”

Mr Hancock further told MPs that the Government’s Cobra committee is no longer in charge of the UK’s coronavirus response, with Covid-19 committees now set up inside Whitehall to make decisions.

The MPs also questioned the health secretary about the prospect of a vaccine in the UK.

He told them that the “rate-limiting factor” on delivery of a vaccine is its manufacture.

Mr Hancock told the committee he could not promise to “play Santa” on a vaccine being available by Christmas.

During the evidence session, Conservative MP Katherine Fletcher referred to Professor Sarah Gilbert, who is leading the team developing the vaccine at the University of Oxford, and asked Mr Hancock: “Are we going to have a vaccine for Christmas?”

He replied: “Well I’m an optimist in life Katherine, and on the best case scenario, the answer is yes.

“We’re working very hard on this but I can’t promise to play Santa,” Mr Hancock said.