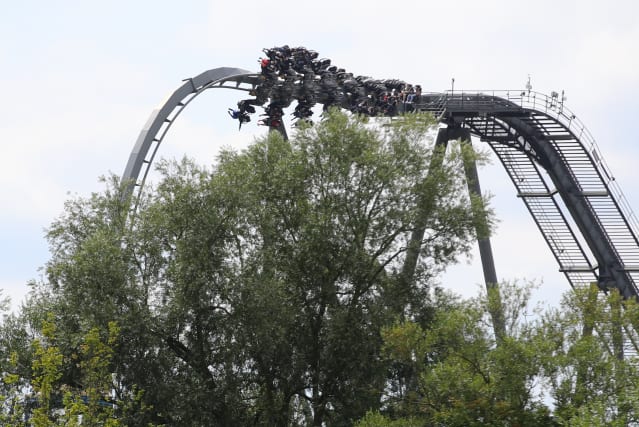 A man has been charged in connection with a knife attack at one of England’s most popular theme parks.

The victim, 26, suffered a serious slash wound to his stomach following an altercation at Thorpe Park at around 4.55pm on July 18 during a row between two groups.

The attack took place near the exit of the attraction, which is close to the town of Chertsey in Surrey.

Surrey Police said on Tuesday that Craig Harakh, 26, of Jeffreys Road in Lambeth, south London, has been charged with causing grievous bodily harm and possession of an offensive weapon.

Harakh is currently in custody and is due to appear at Staines Magistrates’ Court via videolink on Wednesday.

The victim has since been discharged from hospital, the force said.

Park-goers were placed in lockdown after the incident, with images on social media showing crowds bunched together inside.

Security teams carry out bag searches and regularly patrol the premises and the operators said they were investigating how a weapon had been brought in.

In a statement issued last Saturday, Thorpe Park said its on-site medical staff provided emergency first aid and said it was helping police with its inquiries.

The statement said: “The health, safety and security of our guests is our primary objective. We have an excellent security track record and have never had any incidents of this kind in over 40 years.”

Thorpe Park reopened earlier this month on July 4 after being shut due to the coronavirus pandemic.