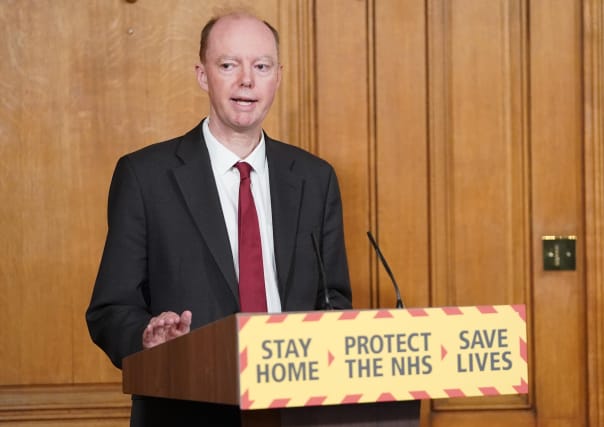 England’s chief medical officer has launched a staunch defence of his actions over the Covid-19 pandemic, saying mass testing had to be abandoned due to capacity issues and lockdown came at about the right time.

In a heated exchange with former health secretary and chairman of the Health and Social Care Committee Jeremy Hunt, Professor Chris Whitty told MPs that widespread community testing earlier on in the pandemic required “an infrastructure we did not have”.

Asked by Mr Hunt why he had not advised that testing be ramped up quickly in January or February, as had been done in “four weeks” recently, Prof Whitty said: “I respectfully differ.

“You are going to say I suspect at some point … why is test, trace and isolate not brilliant now?

“This is after we’ve had huge investment and many months of preparation.

“The idea that you can suddenly switch this on, I’m afraid, is incorrect.

“The way you run emergencies badly is to try and run them based on a theory of what you could do rather than with the tools you have at your disposal.

But he agreed that, given the capacity, it was the correct advice to stop widespread community testing on March 12.

Prof Whitty also said that ministers followed scientific advice with a “delay that was no more than you would reasonably expect”.

Asked by Mr Hunt if he was “content” that the Government followed his advice on staging different elements of the lockdown, Prof Whitty said: “Ministers at the time, who were put in an incredibly difficult position, in my view, followed the advice given by Sage, which are clearly signposted through the minutes of Sage, with a delay that was no more than you would reasonably expect for what are really very difficult things to operationalise and decide.”

He added: “I do not think, I’m not saying now and I’m not going to say at any point, to be clear, that in my view there was huge delay between the advice that ministers received, given the enormity of the difficulties that we were asking of people and the practical implications of what was being done.”

Last month, Professor John Edmunds, a member of Sage, said the UK should have gone into lockdown earlier and that not doing so had cost “a lot of lives”.

His comments were echoed by former Sage member Professor Neil Ferguson, who said coronavirus deaths in the UK could have been halved if the Government had introduced the lockdown a week earlier.