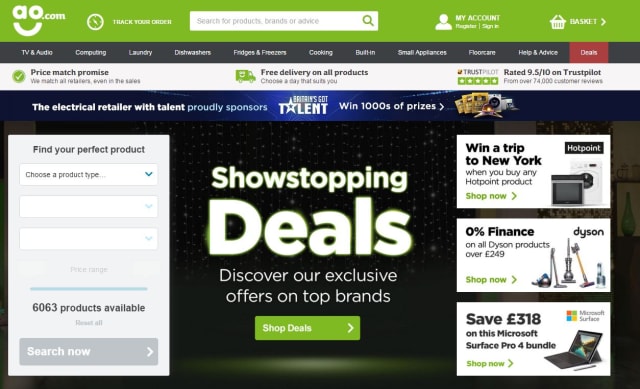 Around 3,000 staff at online electricals retailer AO World could share a £240 million bonus pot as part of a bumper reward scheme unveiled by the group.

AO World said its new scheme – called the value creation plan – would pay out bonuses to staff for share price rises above £5.23 a share – equivalent to a £2.5 billion stock market value and marking a rise of around 30% on current stock prices.

Executive bosses could land up to a mammoth £20 million each in bonuses under the proposed plans if shares hit £9.41.

But founder and chief executive John Roberts has pledged to donate any rewards he receives to a youth charity to help disadvantaged young people in the UK.

This would mean a near eight-fold increase over the next five years.

Mr Roberts said: “The decision to create an opportunity for every AO employee to receive a meaningful reward for the value they create is one that I’m proud to tell my mum about.”

“It is a vote of confidence in our people and the future we’re building,” he added.

But the potential payouts for top bosses could raise eyebrows among big investors, with lucrative share-based incentive schemes coming under heavy fire in recent years.

AO World’s annual report also separately showed Mr Roberts’s total pay soared by 44% in the year to March 31 as he took home £732,924 in pay and bonuses.

AO World was valued at £1.5 billion when it floated on the stock market in 2014, with shares worth £2.85 on its initial public offering.

But a string of profit warnings have since seen its shares suffer steep falls, with the stock closing on Monday at £1.65.