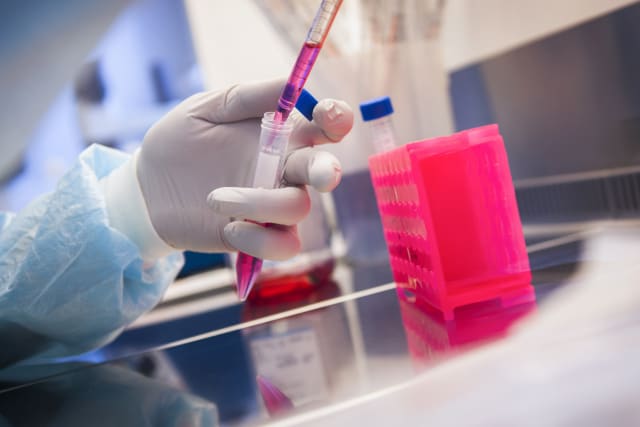 There are several stages to developing a vaccine that is ready for use on the public.

Many institutions, and scientists across the world, are rushing to develop a vaccine for Covid-19, and are progressing at an unprecedented rate.

Although results of the first phases of the University of Oxford’s vaccine trial in humans show it is safe and induces an immune response in the laboratory, there is a long way to go.

The study has not yet shown whether the vaccine can prevent infection.

Most vaccines must go through the same process before they are ready for use on the public and can be mass-produced.

So what is the usual process?

Vaccines harmlessly expose viruses or bacteria to the body’s immune system, causing it to recognise them as dangerous and learn how to resist them.

This means that if the body comes across the infection, it knows how to defend itself.

They are given to healthy people, and mainly children, so the level of acceptable risk is much lower than with other medicines.

– First, there has to be laboratory testing and development which involves “in vitro” testing – test tube experiments – and “in vivo” testing, usually in animals, often mice.

After researchers put the vaccine through rigorous tests and can demonstrate that it works in animals, they can move on to an initial trial in a small number of humans.

This makes sure the vaccine has no major safety concerns, and allows scientists to work out an effective dose in humans.

– The next phase is a trial in a larger group of people – several hundred – looking at whether a vaccine works consistently, and whether it generates an immune response. Potential side effects are also looked at.

– A third phase sees the vaccine tested in a much larger group of people – potentially thousands – and allows statistically significant data to be gathered on the safety of the potential vaccine and how well it works.

– If all goes well, the next stage involves an expert review of all trial data by the Medicines and Healthcare products Regulatory Agency (MHRA) or the European Medicines Agency (EMA).

The regulators check the trials show that the product meets the necessary efficacy and safety levels. They also make sure that, for most people, its advantages far outweigh the disadvantages.

– Post-marketing analysis is also conducted to monitor the effects of the vaccine after it has been used in the population.

All of these stages mean it can usually take years for an effective vaccine to be developed and ready for market.