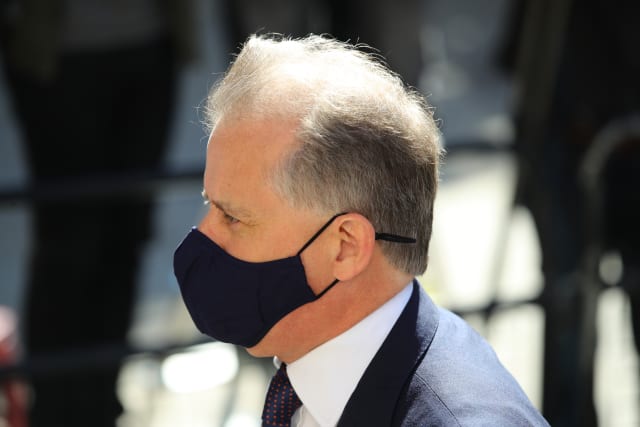 A Russian venture capitalist wants “very substantial” damages after “sensational” allegations in a former British spy’s 2016 dossier about alleged links between Donald Trump and Russia suggested he was involved in “cyber-crime”, a judge has been told.

Lawyers representing Aleksej Gubarev, who runs an IT infrastructure solutions business, have told Mr Justice Warby that Christopher Steele’s dossier made “grave” allegations “as to knowing involvement” in the hacking of the computer systems of the Democratic National Committee in the run-up to the 2016 US presidential election.

Mr Gubarev, and a company he runs called Webzilla, took legal action after BuzzFeed published the “Steele Dossier” in January 2017, the month Mr Trump was inaugurated as President of the United States.

Orbis and Mr Steele are fighting the claim at a High Court hearing in London, which began on Monday.

“One memorandum within the Steele Dossier named the claimants, making grave allegations as to knowing involvement in the hacking of the computer systems of the United States Democratic National Committee in the run-up to the 2016 US presidential election,” he told the judge.

“Needless to say, once published, the Steele Dossier, or the gist of its allegations, went viral.”

Mr Caldecott said the allegation, in one memorandum, was an “allegation of guilt” by someone said to be a former British intelligence official.

“To the ordinary reader, he would seem to be a ‘man in the know’ with proven sources,” said Mr Caldecott.

“The format is business-like.”

He said the “wider and frankly sensational” context of the allegations was also “highly material” and added: “The suggestion that Mr Gubarev and his companies were knowingly using their servers for cyber-crime – created, we submit, an obviously likelihood of serious financial loss.”

The dossier had been commissioned by a Washington DC consultancy acting for a law firm, the judge heard.

But Mr Caldecott said the “ultimate client” had been the “Democratic National Committee and/or Hillary Clinton’s Presidential election campaign”.

Mr Caldecott said there was a “practical ceiling” of about £325,000 on defamation damages awards.

He said he would not argue that an award at the “very top of the bracket” was appropriate.

But he said “very substantial damages” were required to vindicate and compensate Mr Gubarev.

Mr Caldecott said there was “no suggestion” that the allegations against Mr Gubarev and Webzilla were true.

He said BuzzFeed had apologised and “redacted” the names of Mr Gubarev and Webzilla from their website.

And, he said, Mr Gubarev was not suggesting that Orbis and Mr Steele had been “malicious”.

Mr Caldecott said the “central question” was whether Orbis and Mr Steele were “responsible in law” for the publication of the Steele dossier by BuzzFeed.

He said Mr Gubarev’s case was that they were.

Mr Steele disagrees and says the claim should be dismissed.

He said neither Orbis or Mr Steele intended the memorandum at the centre of the case to be made public, did not provide it to BuzzFeed and could not have foreseen that anyone would acquire or publish a copy.

Mr Millar said the memorandum was produced for the “sole purpose” of ensuring that responsible authorities in the US and UK were aware of “confidential and sensitive intelligence” which had “significant” national security implications.

– Earlier this month, two businessmen behind a Russian investment conglomerate won a data protection fight at the High Court in London after making complaints about the dossier.

That litigation was also overseen by Mr Justice Warby.

Petr Aven and Mikhail Fridman were each awarded £18,000 compensation after complaining that information about them in the dossier was inaccurate and a breach of English data protection law.

A memorandum in the dossier contained a number of allegations, and suggested that the two businessmen had been involved in delivering large amounts of “illicit cash” to Russian president Vladimir Putin when he was deputy mayor of St Petersburg.

Mr Justice Warby said more “energetic checking” should have been done into the cash delivery allegation.

At least 16 dead after plane skids off runway in India