Royal foundations reported to watchdog following ‘inappropriate’ use of funds 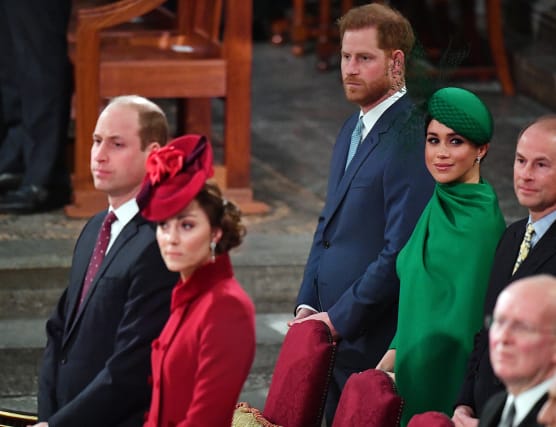 Republic, which campaigns for an elected head of state, has made the claims after Harry and Meghan's Sussex Royal charitable body received a six-figure grant from William and Kate's Royal Foundation.

Harry's fledgling not-for-profit sustainable travel organisation Travalyst also received funds from the Cambridge's foundation, and it has received the assets of Sussex Royal which is in the process of being wound up.

Graham Smith, Republic's chief executive, said in his letter to the Charity Commission: "The Royal Foundation gave a grant of £145,000 to Sussex Royal and £144,901 to a non-charitable organisation (Travalyst).

"In both instances it appears the only rationale for the decision was the personal relationship between two patrons, the Duke of Sussex and the Duke of Cambridge.

"The Sussex Royal charity has since decided to close, and it is reported that they will transfer all their funds to Travalyst.

"Again, this appears to be a personal decision by a trustee (the Duke of Sussex) to fund another of his projects, rather than to ensure the funds are being used for the original purposes for which they were donated."

The Royal Foundation had operated under the names of the Sussexes and Cambridges and was behind national campaigns like the Heads Together mental health project, but in June last year Harry and Meghan revealed they were to formally split from their joint charity and form their own charitable organisation.

The now defunct Sussex Royal foundation was established while William and Kate renamed their organisation the Royal Foundation of the Duke and Duchess of Cambridge.

The Sussexes, who now live in Los Angeles after choosing financial and personal freedom over being working royals, are establishing their new foundation called Archewell.

In his letter Mr Smith called on the Charity Commission to "investigate both charities for inappropriate use of charitable funds, conflicts of interest and lack of independence".

A spokesman who worked with the Sussex Royal foundation said: "Grants made to the non-profit organisation Travalyst are for the ongoing development of projects that will support communities, wildlife, and the environment through sustainable travel and tourism.

"All grants have been made impartially and objectively, fully in line with governance requirements, and have been reported transparently in full accordance with regulations."

A Royal Foundation spokeswoman said: "The grants made to Sussex Royal were to support the charitable work of the Duke and Duchess of Sussex.

"They were fully in line with governance requirements and were reported transparently."

A Charity Commission spokeswoman said: "We have received a complaint on this issue.

"As with all concerns raised with us we will assess the information provided to determine whether or not there is a role for the Commission.

"We have not made any determination of wrongdoing."