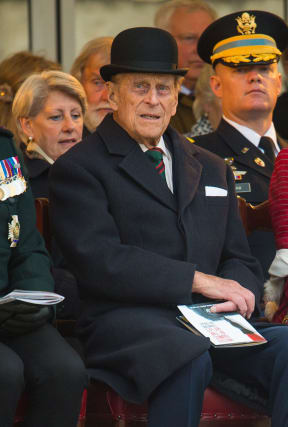 The Duke of Edinburgh is to take part in a rare official public engagement, as he transfers his role as Colonel-in-Chief of The Rifles to the Duchess of Cornwall.

But Philip, who retired in 2017, will be nearly 100 miles apart from his daughter-in-law Camilla as they both carry out ceremonies to mark the occasion on Wednesday.

Amid extreme social distancing, Philip, 99, will be at Windsor Castle in Berkshire, while the duchess will be at Highgrove House in Gloucestershire.

At Windsor, four Buglers of The Band and Bugles of The Rifles will sound The Rifles Assembly upon the duke’s arrival.

Assistant Colonel Commandant, Major General Tom Copinger-Symes, will offer the salute and thank Philip for his 67 years of support and service to The Rifles, and their forming and antecedent regiments.

The Buglers will then sound The Rifles Regimental Call, followed by the No More Parades call, to mark the duke’s final ceremony as Colonel-in-Chief.

Immediately afterwards, Camilla will be at her country home Highgrove in Gloucestershire, where four Buglers will sound The Rifles Assembly.

The duchess will be addressed by The Rifles’ Colonel Commandant, General Sir Patrick Sanders, who will welcome her as the new colonel-in-Chief.