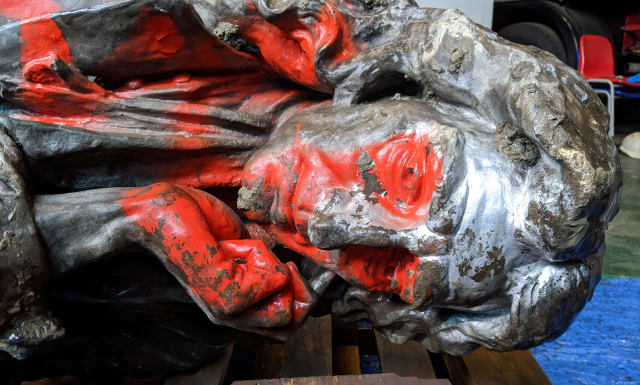 Police investigating the toppling of a statue of slave trader Edward Colston in Bristol have now identified eight of the 18 people believed to have been involved.

The bronze memorial to the 17th century slave merchant was pulled down during a Black Lives Matter protest on June 7 before being dumped in Bristol Harbour.

No arrests were made at the time but officers reviewed CCTV footage and other digital media to isolate images of 18 people they wanted to speak to.

Three people were identified before Avon and Somerset Police’s first public appeal, with a further five identified since then.

On Monday, detectives released new photographs of eight of the 10 remaining people they want to speak as part of the criminal damage investigation.

A force spokesman said: “Seven of those identified have voluntarily attended a police station to be interviewed while a 24-year-old man from Eastleigh, Hampshire, was arrested.

“He has since been released under investigation and inquiries in relation to all seven individuals are ongoing.

“A 27-year-old man was also previously arrested. He co-operated with officers and was later released with no further action taken.”

Anyone with information is asked to call 101 and give the reference number 5220123926, or anonymously through the independent charity Crimestoppers.