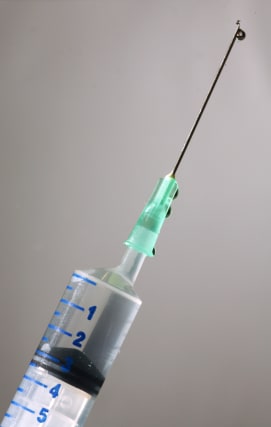 British health officials have “played a blinder” searching for a Covid-19 vaccine, Matt Hancock has said, as he claimed the virus is “on the back foot”.

The Health Secretary said a vaccine will not be approved “until we are clinically confident it is safe” as MPs welcomed positive news on work taking place at the University of Oxford.

Preliminary results suggests the Covid-19 vaccine being developed is safe and induces an immune reaction, although more work is required.

Mr Hancock would not give a date on when to expect a vaccine, explaining one will be available “as soon as humanly possible” and once the science is proven.

But he reserved praise for those involved in development work and also searching for treatment.

He told the Commons: “The MHRA (Medicines and Healthcare products Regulatory Agency) has done an amazing job, they have – alongside the scientists – made sure the trials are designed so they can approve the results as soon as the results come forward in parallel essentially rather than afterwards, which would be the norm.

“They have played a blinder, they are one of the reasons why the UK is at the forefront of this on vaccines and treatments.

“That means a vaccine will be available as soon as humanely possible and as soon as the science is proven.”

Mr Hancock earlier said the virus “is on the back foot” and that NHS Test and Trace has so far asked 180,000 people to self-isolate.

Making a statement in the Commons, he said: “For over three weeks now, the number of new cases each day has been below 1,000 and daily hospital admissions are down to 142.”

“That is up to 180,000 potential chains of transmission broken by this brilliant new service.”

He also said: “We also have to understand there have been many false dawns before in the history of infectious disease, so what happens if a vaccine doesn’t become available?

“What scenario planning is the Health Secretary doing should we be confronted with that awful prospect?”

Ms Ashworth also asked if a second national lockdown would be implemented immediately if the Scientific Advisory Group for Emergencies (Sage) advised it was necessary.

Tory former health secretary Jeremy Hunt asked about preparations for a second wave and the current test and trace data.

Mr Hunt, who chairs the Health Select Committee, said: “About 1,700 a day are being infected by the virus and about 400 a day are going into NHS Test and Trace, which is about a quarter, so as we think about how to prevent a second wave, could he (Mr Hancock) give the House some details as to how we’re going to bridge that gap so that we can hopefully go into our Christmas holiday with the same cautious optimism that we’re going into our summer one.”

Mr Hancock said the latest data “are a little bit better than (he) suggested”, adding: “The main cause of the gap is people who are asymptomatic and therefore don’t know that they’ve got the virus and don’t come forward for testing, so we’re going to ramp up our communications to people – if in doubt, if you think you might have the symptoms, to come forward and get a test and of course ramp up our asymptomatic testing of high-risk groups.”

He added: “I’m as delighted as he will be that the PM set me a new target on Friday to hit half a million by the end of October… so there’s my summer sorted.”