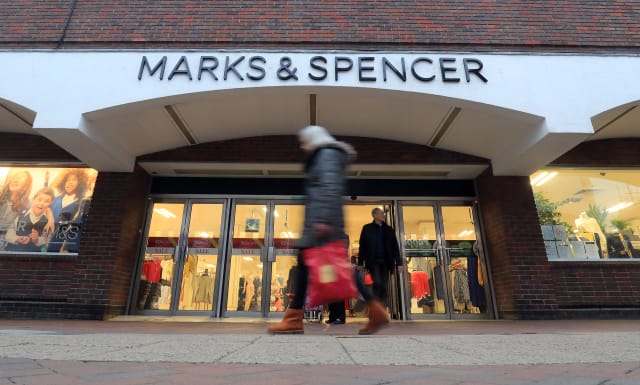 Marks & Spencer has seen its share price fall after reports that the high street giant is to axe hundreds of jobs.

The retailer is set to announce redundancy plans for hundreds of employees within days as part of a major restructure, according to Sky News.

It comes after a bloodbath on the high street in the face of coronavirus, with the likes of John Lewis, Boots and Debenhams announcing thousands of job cuts.

Total job losses across the company could potentially reach several thousand when existing restructuring plans are taken into account, sources told the broadcaster.

In May, chief executive Steve Rowe said the company would be accelerating parts of its transformation plan with a programme dubbed “Never the Same Again”.

M&S told investors that “central support costs and headcount will be examined at all levels” as part of the plan.

The retailer’s food stores continued to trade throughout the lockdown period, but trading in other part of its business, such as clothing, was significantly reduced.

It has also now reopened 118 of its cafes and said last week that it will pass VAT reductions on to its customers.

Mr Rowe warned at the latest update that some customer habits have “changed forever” as a result of the coronavirus crisis.

An M&S spokeswoman said: “We don’t comment on speculation and, if and when we have an announcement to make, our colleagues will be the first to know.”

Shares in the company dropped by 1.7% to 97.1p in early trading on Monday.